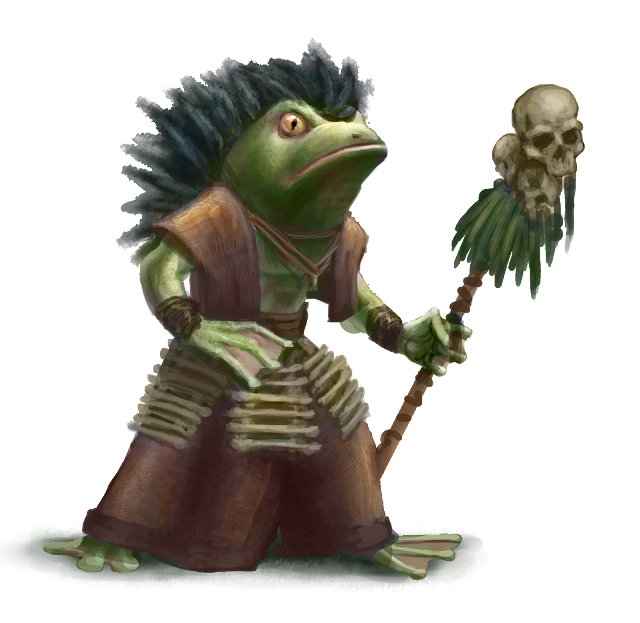 "Croaker", Druid of the Swamp

"Croaker" wasn't always "Croaker". He was a she, and human at that. That was all before stepping  onto a floor that wasn't there. Her party recovered her body but weren't able to find a cleric willing to cast a raise dead spell, so the party settled on reincarnate cast by a druid who looked favorably on their situation.

Human female dies, and "Croaker", the male Bullywug arrises. Hey, at least "Croaker" was still a druid, still looked upon favorably by her  his goddess.This is what nature meant to happen, and "Croaker" has embraced it, to the point of forgetting (or so he says) his previous name and life.

"Croaker"'s friends overlook the fact that their froglike friend likes to carry the skulls of those that he feels have defiled his swamp. What do they know of the ways of the swamp?

No other valuables, as he does not value material possessions anymore.