A Nightmare of a Kickstarter (for the backers) - They Became Flesh: A game of God, Humanity, and the Fallen 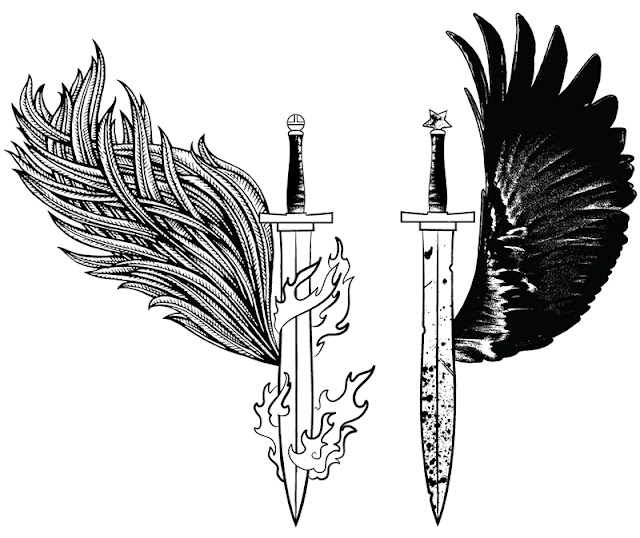 You know what? I may bitch and complain about late Kickstarter projects I've supported, but not one has figuratively given a big "Fuck You!" to those that funded it. From what I've read about They Became Flesh: A game of God, Humanity, and the Fallen, the creators have basically done so.

The game released this past summer at GenCon, but the supporters of the Kickstarter didn't get their copies. They were supposed to get theirs before it released to the public.

Random delays, prior and after GenCon.

This little announcement back in October should have brought the drama to an end:

But, as you can see from the latest comments by those that funded the project, this was a load of shit (I'm actually surprised they allow any comments to be seen by the public). 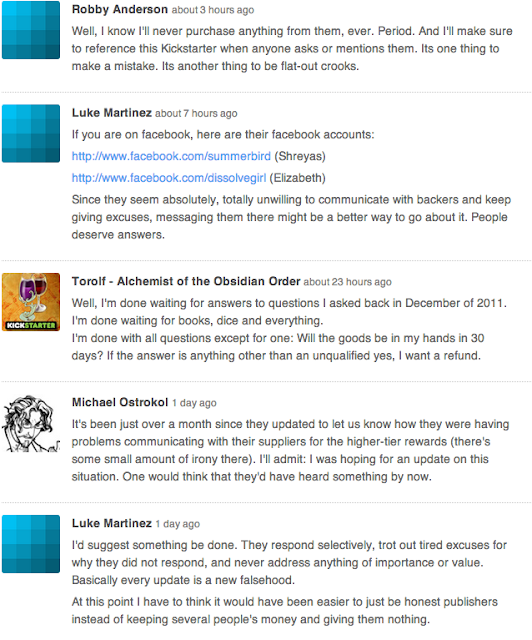 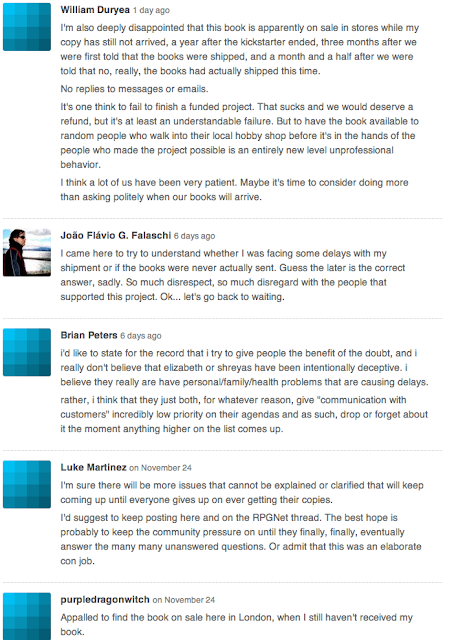 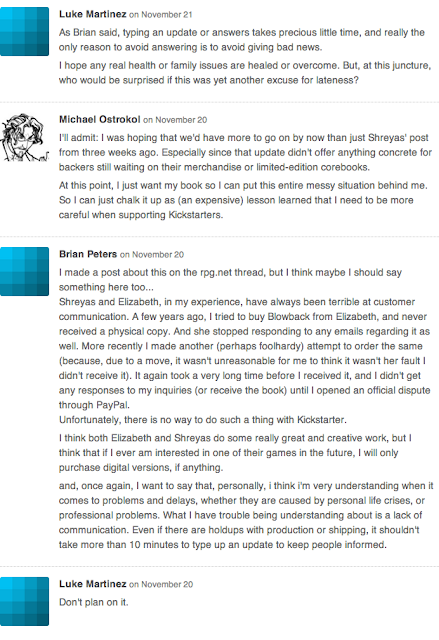 It's released to distributors apparently. It's on game store bookshelves on both sides of the pond. Backers ain't got shit.

Here's the link to the RPGnet thread   Over 170 posts and still going strong.

This is a project creator to avoid at all costs going forward. I'm glad I don't have my money tied up in this nightmare.