Which (if any) RPG System Is In Your Gaming DNA? 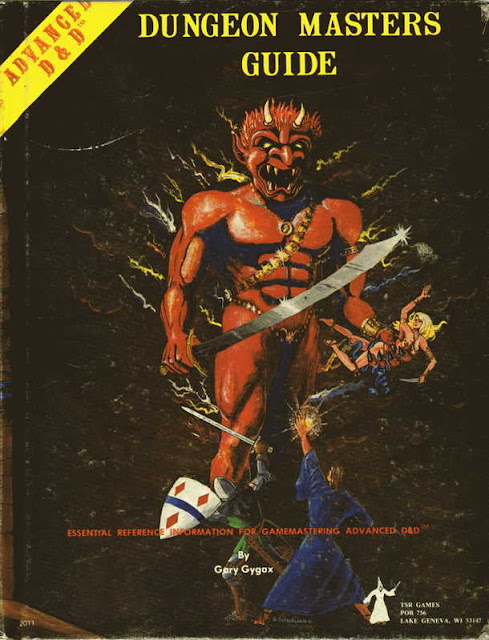 For me, that system is AD&D 1e. Even if I am removed from it by about 25 years (as we moved on to AD&D 2e when it came out - the shame!) it's still my default baseline when I run OSR / D20 games.
(Given time, I could probably retrain myself to come close with WFRP 1e)

Running a DCC game and want to keep the pace flowing and forgot the rules for initiative? I'll default to AD&D 1e.

Spell charts for NPCs that I'm writing up in my spare time, away from books and PDFs? I'll use the AD&D 1e rules still burned into my head.

Spell effects and I don't want to waste time looking it up in ACKS and slowing down the game? AD&D 1e.

If nothing else, running my next campaign using AD&D 1e should speed play up even more - which is good, as my group is so fucking prone to distractions and tangents that herding 5 cats with my arms handcuffed behind my back and one leg in a cast would probably be more effective. Shame that the cats would be no where near as entertaining as my group is ;)
Posted by Tenkar at 9:55 PM