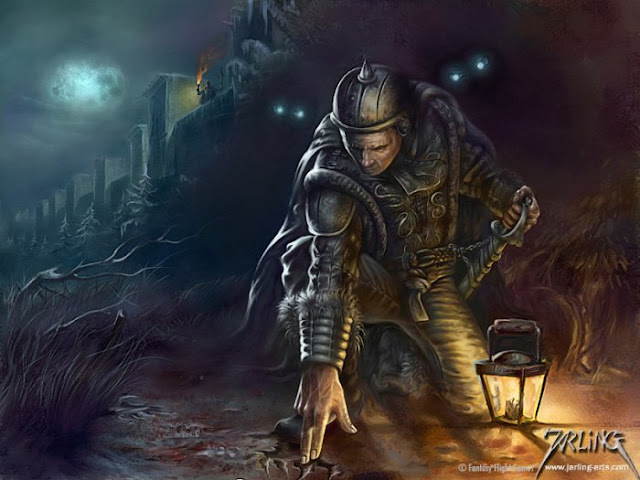 After last night's game session, we started tossing thoughts and ideas back and forth about the new AD&D 1e campaign I'll be running. Somehow, Rangers became part of the conversation, and I mentioned that potentially, they could have 24 Hit Points at 1st level - (2) 8 sided hit dice and +4 per hit die if they had an 18 Constitution.

It was pointed out to me that Constitution bonuses above +2 are reserved for Fighters only. I never had played it as such, as we had always assumed it included the Fighter Subclasses, but I could see how the interpretation could go either way. Everyone insisted that Fighters and the Fighter Subclasses were eligible for Exceptional Strength for score of 18- "Note that only fighters are permitted to roll on the exceptional strength section of STRENGTH TABLE II: ABILITY ADJUSTMENTS."

Interestingly enough, it pretty much reads the same as Constitution. It mentions Fighters, but not the sub classes.

(edit: Con Bonus is for Fighters and Fighter Subclasses p12 -

Hit Point Adjustment indicates the subtraction from or addition to each hit die for a character (Hit dice are explained fully under the appropriate heading.) Note that subtraction can never reduce any hit die below 1, i.e. if a die is rolled and a 1 comes up, or if a 2 is rolled and the penalty due to constitution is -2, the die is read as 1 (hit point) regardless of subtractions.

Note also that the only class of characters which is entitled to bonuses
above +2 per hit die is fighters (including the fighter sub-classes paladins
and rangers ). Thus, even though o cleric, magic-user, or thief has a
constitution of 17 or 18, the additional hit points for each hit die due to
superior constitution is +2.)

Barbarians are inferred to get a Con Bonus up to 18 and beyond - "barbarians gain + 2 hit points per point of constitution over 14, as opposed to the normal constitution bonus for other classes."

I'm fairly confident that Exceptional Strength and Constitution apply to Fighters and their sub-classes in AD&D 1e, but how do you / did you play it?
Posted by Tenkar at 7:51 PM