Dungeon Crawl Classics RPG - Does a Patron By Any Other Name Still Smell Like Brimstone? 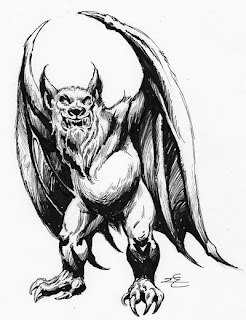 Alright, my random quest through the DCC RPG rulebook has brought me to the Patron Section.  Although half of the sample Patrons seem overwhelmingly evil, if not diabolical, in nature, the Three Fates is an example of power that is not evil.  So, if they were your patron you would have access to their power (and still possibly be open to corruption), but your patron would not be evil by nature.

Mind you, I'm not calling the Three Fates primarily good, but they seem to fall along the Order side of the Order - Chaos meter.  So, more like Lawful with Good tendencies (if we are looking at this through classic D&D eyes)

Four of patrons in the core book are evil, three are somewhat neutral and one is lawful with good leanings.

So, if one were to think up more patrons, would that ratio stay the same, or would one say that neutral and lawful patrons are under represented?
Posted by Tenkar at 8:47 PM