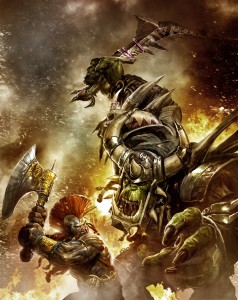 Holy Shit, but this posting certainly got my Grumpy Up!


You can read the original here, without all my "grumpy-isms".

This week, the rogue takes center stage. Why the rogue? Well, I conducted a quick poll on Twitter to determine if I should tackle the wizard or the rogue next (enough with the polls!  alright,this poll really had no meaning in the long run, but the WotC polls are pretty much BS in general). I tallied the tweets, and the rogue won out! (Woot!  Not!)If you want to add your voice to the Twitter crew when I conduct these polls of mine, or if you want to get a sense of what the team is working on each day, you can hop on Twitter and follow @mikemearls and @Wizards_DnD. Just don't forget to add #dndnext whenever you join the conversation there or ask questions! Now I can't promise that I can get to everything, since my availability is determined by my work schedule and my wife's willingness to let me keep my nose in my laptop at night (alright, this I can relate to), but it's probably the best way to communicate with me.

Fighters, clerics, and wizards take it straight to their enemies in a fight. A fighter charges in with a sword or maybe unleashes a volley of arrows (yeah, I've never played a fighter that has snuck up on the enemy). A cleric wields a mace and throws a support spell (or Command, or Hold Person, or Rock to Mud), while a wizard blasts you with a lightning bolt (or casts Fly, or Mass Suggestion, or Mirror Image on the fighter) . The rogue prefers an indirect approach to a fight. A rogue thrives on tricks and misdirection. If a rogue can't attack from behind or with some other key advantage, he or she might be better off withdrawing or remaining out of sight until the opportunity for a surprise attack presents itself (if the rogue hides for the length of the combat the player is an asshole.  if you're that afraid, engage the weaker opponenets).

If a rogue can surprise an opponent with an attack, that attack might be overwhelmingly powerful (it might). If a rogue is cornered and forced to fight fair, he or she is at a huge disadvantage. In such a situation, most rogues would choose to run away rather than fight (run away and expose yourself to a free attack?  that makes sense how?  when did rogues / thieves become cowards?) .

Rogues are tricky opponents, because determining what they might do next is almost impossible. A smart rogue always keeps a few tricks in his or her back pocket, ready to spring them when the time is right. Whether it's throwing a handful of caltrops under a bugbear's feet as it tries to charge, leaping from an ambush to drive a blade into an ogre's back, or dodging beneath a dragon's claws and tumbling into the shadows to hide, a rogue always has a trick in mind (all good ideas, but why must he run away if he can't do a trick?).

Rogues have many different tricks up their sleeves, and no two rogues are identical. They can hide in shadows, squeeze out of manacles, scamper up walls, and adopt a disguise. You can never be fully certain of what a rogue might be able to do. If a rogue decides to master a mundane skill, he or she can reach a higher level of expertise than other characters. (i'm a bit confused, because earlier statements made it seem that even the usual rogue like specialties skills were open to all classes)
In many ways, a thief is simply a rogue who specializes in handling traps, opening locks, and getting past the opposition to reach a goal, such as the loot at the end of the adventure (isn't this the main use of a thief / rogue in a dungeon anyway?). Just as fighters might distinguish themselves by their choice of weapons, armor, and tactics, rogues are separated by the tricks and skills they have developed.

3. The rogue exists in a world of myth, fantasy, and legend.

This one showed up in the fighter goals, but it also applies to the rogue. The rogue can trick others, slip through shadows, and talk his or her way out of anything. Although these abilities are not magical in nature, a high-level rogue can transcend the limits of a mundane skill to achieve legendary heights of myth and legend. A wizard might use a spell to charm the king, but a dispel magic can free that king. The same king tricked into an alliance by a rogue is much harder to sway. A simple spell is not enough to counter the web of lies, half-truths, and fears that a cunning rogue might use to manipulate a way into the royal treasury. (isn't this what "role-playing" is supposed to be about?  shouldn't any class be able to pull this off with the right role-playing?  This whole paragraph confuses this dwarf)

Rogue are in a class by themselves when it comes to attempting ability checks and using skills. Not only is a rogue more skilled than other classes, but he or she can achieve many difficult tasks without much exertion. To the rogue, luck and chance play no role in determining success. The rogue's talent and training make such concerns negligible.  (wait a second?  WTF does this mean?  rogues get auto-success with their skills?  how the fucking hell is that fun?  "hey, look at me!  that lock?  I picked it!  that deadly trap?  i gave it my scarey face and it just closed up and died!")

Traditionally, the mechanics of D&D have reflected better training by increasing the chance of success. That doesn't quite capture the rogue's level of talent. The rogue isn't just more likely to succeed. Instead, he or she takes success for granted in most cases. It's only when facing a real challenge that the rogue must worry about the outcome.  (wonderful.  so, basically a rogue is absolutely necessary in te party, cause he auto-successes 95% of the locks and traps, and sneaks 95% of the time, etc, etc, etc.  Sounds like a system I'd have to house rule the shit out of or just stay the fuck away from.  Riddle me this Batman?  How in the Nine Planes of Hairy Hell is this resembling "Old School" play in the least?)

A Little More on the Playtest

One thing to keep in mind about these design goals is that they are flexible and open to discussion. A big part of the playtest process tackles having us all make sure that the game feels like D&D (well, this write up certainly doesn't sound like any D&D I know of). If you've played rogues for ten years, ask yourself if the new rogue feels like the class you've played and loved (lets see - auto-success at 1st level?  nope). In addition to testing the core of the game, the early rounds of testing are geared toward making sure that the game is hitting the correct notes for all the classes. On May 24th, you'll get to see how we tried to hit these goals, whether we're on the mark at this early stage, and if the target we've aimed for is the correct one. (and if you are way off the fuckin' target, will you listen to feedback that tells you how to adjust your sight and aim better?)