The Grumpy Dwarf Looks at The Rule of Three - What's Next, What Happened, What Are You Doing? 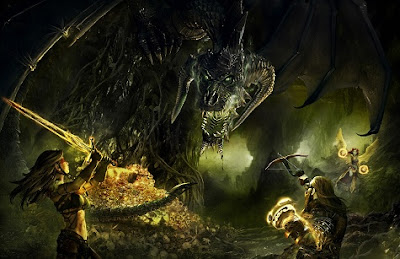 The Grump Dwarf here.  Time to look at the latest Rule of Three from WotC.  Remember, I'm not just a Dwarf, I'm Grumpy too ;)  Original link here.

Will any products for D&D Next release this year (2012)?
No. We have no products planned in 2012 for the next iteration of the game. (I'm sure this surprises some folks.  This is actually very good news.  Hopefully they don't put out some lame "non-edition intro books" as a quick cash grab as they've done in the past) First of all, that would make it completely impossible for us to integrate feedback gathered from the playtesting process, something I want to reiterate is a significant priority for us. (open play test starts on may 24th folks.  don't bitch about the game when it's finally released if you don't bother at least reading the play test material and giving your feedback) Second, we want to make sure that the game doesn't release until it's ready to release, (okay, while they might actually mean this, they have a date already set "somewhere" and it will ship on that date, ready or not, here it comes!) and that means that we want to give ourselves plenty of time when working on everything from the game's design to art to layout and beyond before releasing the product.(again, I expect they believe this, but I don't believe it will ship one day later than they have already told the Hasbro Overlords)

As an aside, I'd like to note that we won't be able to talk about products related to D&D Next (in Rule-of-Three, or elsewhere) until the game is ready, so it may be a while before we start dealing with product specifics.  (Lets makes some guesses - Player's Handbook, Dungeon Master's Guide and a Monster Manual for the opening trilogy.  Do I win a prize?)
Whatever happened to the idea of the priest, or a cleric who doesn't wear armor and smites enemies with holy power from a distance (aka laser cleric)?  (who ever thought up the term "laser cleric" deserves a kick in the nether regions)
Right now, we're looking at ways to let players make that decision within a class. Choices made during character building and play should allow you to choose one type of cleric or another. An easy way to handle this is spell choice; do I choose spells that make my melee attacks better, or spells that let me zap from a distance? (I know they are trying to keep this stuff simple to describe, but "zap from a distance?")  Beyond that, we'll want some class mechanics to speak to one type of cleric or another. For example, we're tinkering with the idea that a cleric's domain choice might steer play style slightly. Take the healing domain, be the best healer. Take the war domain, be a great melee cleric. (why be a melee cleric?  isn't melee reserved for fighters to be the uber class?) Take the sun domain, be a great laser cleric. (i'm going to guess that wizards make better "lazers") It's still in process, but that's one line of thought.
What are you doing to make sure that the cleric and other magic users don't step on the toes of the other classes? If a cleric can be sneaky and use a bow, what place does the ranger or rogue have?
It's important to remember when talking about competence in particular areas that there is a distinction between being good at something and being the best at something. We want to make sure that each character class shines in certain arenas, and as a result while you might build a cleric who can sneak and use a bow (to use your example), and your cleric might be very good at those things, the ranger or rogue will probably still be better (wait, the ranger and the rogue are going to share skills at the same level?  i thought based upon all of these articles that D&D Doppleganger is going to be all about "niche protection", at least at the highest levels of the skill) . We want to give plenty of flexibility for people to be able to build the characters they want to build, that are good at the things they want them to be good at, while still providing ways for all the classes to have certain realms in which they are the best.
Posted by Tenkar at 8:24 PM