This is my first post on Tenkar's blog. I am honored that he allowed me to post here. I had something to say and no venue to say it in that would not cause me endless headaches. I hope you enjoy it. 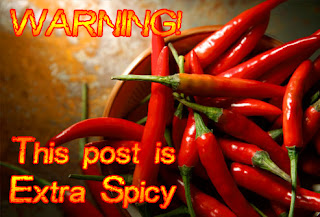 The first version of the D&D Next public playtest has been out now for a week. If you are anything like me, you have been quite amused. If you got the feeling that maybe you have seen the material before, that's because you have. What you saw was a stripped down rebuild of 3rd Edition D&D + exactly four innovations. That's it.

For those of you that don't know, when a company that doesn't have millions of dollars does that, we call it a fantasy heartbreaker. In the heartbreaker tradition, the improvements are borderline cringe-worthy. And these guys didn't even have to type it up, they could just copy-paste from their own decade-old files. That is really what it looks like they did in a lot of cases. And changing terms a little. Enough to be slightly confusing for no reason.

The best way to view a game is not in a vacuum, but relative to everything else. And compared to other products on the market, this game is terrible. I would rather play any edition of D&D, Pathfinder, any retro-clone / OSR game, or a wide variety of other heartbreakers before playing this one. Those games actually have good ideas in them. Even when I don't like the design (as in 4e D&D), I can at least give them credit for having unique ideas about the direction they wanted to take.

This game is not like that. It is poorly written and lacks innovation. Even the pittance of so-called innovations are daft. 2d20? You got to be kidding me. They must be smoking the good stuff in Seattle these days. I need to stop by and get some of that sweet herb.

But spending more time than this picking on this game is a waste of my time and yours. Because the real lesson here is not the poor quality of the game itself, but what it says about Wizards of the Coast that they released this stinking turd. The true lesson of this game is that WotC has no idea what the hell they are doing. To release a work so amateurish, so obviously unrefined, so draft-stage; says more about the quality of the company that made it than it does about the quality of the text itself.

Imagine if the head of General Motors made a press release that they were working on a new car design. It was going to please the owners of minivans, trucks, cars, and motorcycles. It was going to be everything to everyone; the one vehicle to unite all vehicle drivers. After several months of vague press releases and strange internet polls, General Motors finally unveiled it's new product for everyone to see and it was a station-wagon with three headlights, slightly wider tires, and a fire-engine red sidecar. And they wanted your feedback on how to make it better..... you are probably going to instead call your broker and sell your GM stock.

And that is precisely what this whole fiasco says about Wizards of the Coast. Time to sell the stock folks. These people don't have a clue what they are doing. They have jumped the shark.

They supposedly worked on this game for the past six months? What the hell did they do? I could have written this entire game in one day. Maybe that's what happened. Monte Cook left and Mike Mearls sat down one afternoon and took a weed wacker to the 3e source files. Even the Caves of Chaos is ripped from Gygax.

They say the goal of the playtest is to fine-tune these rules. Here is my tip.