Taking a Peek at Some Free Mags

The great thing about RPGs in general is that they thrive on ideas.  As a GM, I can find ideas from almost any source, but it's pretty cool when I can find them for free.  Now, the magazine I'll be highlighting are in PDF form and are NOT OSR - but two are for Pathfinder (so much of it is easy enough to mine) and the other is from Mongoose (which means it is simply full of stuff).  Besides, just because you dig the OSR doesn't mean it's an exclusive relationship.  You are allowed to see other games.  really.  I won't tell.

So, let's move on to the mags: 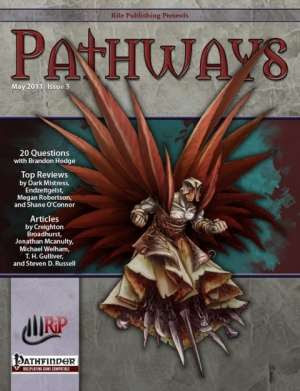 Highlight of Pathways issue #3?  The article that list the items from #30 Intelligent Magic Items - All I need is a one or two sentence description to drop these into S&W or T&T, and that's what we are given. Perfect.  Worth the price of admission Rite there (bad pun). 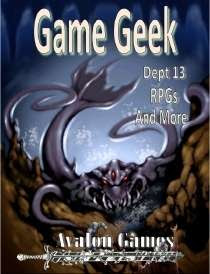 Game Geek issue #17 - Not up to the standards of Pathways (much closer to fanzine then magazine), the article on mounts and warhorses should be pretty portable.  The rest?  Ehh 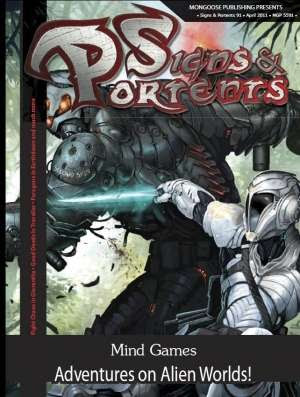 Signs & Portents #91- the grandaddy of the 3, it also has the most to offer.  How about a 13 page adventure for RuneQuest II?  Suitable for use with OpenQuest or conversion to the OSR rules of your choice.  Saweet!  Or some hooks for Traveller (about as old school as you can go) and even an adventure.  Maybe some enchanted tree offerings for your game?  It's here and more.  Heck, there's even some EarthDawn stuff inside.  Talk about flashbacks.