I'm Not Much Into Supers, But I'm Gonna Miss The Cape 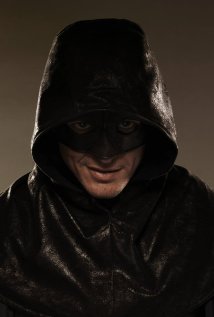 In case you missed it (and it isn't all that hard), The Cape was a mid-season replacement series that was about, you guessed it, a superhero known as The Cape.

I liked Vince, a former cop that was framed for "bad stuff" that he didn't do, who faked his death and became The Cape with the help of a circus based criminal organization.  I enjoyed the cheese.  The over the top bad guys.  River from Firefly as Orwell (I have a crush on here damnit!) was awesome.

This series crashed so hard in the ratings that the 10th and final episode is only available online.  How's that for a kick in the ballistic armor?

I never got into Superboy, Smallville, the series that stars the Commish with a family of supers... I never found a live action TV series that did a superhero well IMHO - until I found The Cape.  It was almost plausible, or to put it another way, the need for me to suspend disbelief was minimal compared to other series in the genre.

Now it's gone.  Much like Firefly.  Well, actually, Firefly was much better.  The Cape was more like a beer n pretzels type of series whereas Firefly required some investment of time and brains to fully enjoy.  Still, I miss them both.

I'm half tempted to dig out my copy of Icons and design myself a Cape character myself, but I always swore I'd never do "supers" again ;)
Posted by Tenkar at 10:41 AM

Email ThisBlogThis!Share to TwitterShare to FacebookShare to Pinterest
Labels: icons, superheroes, the cape