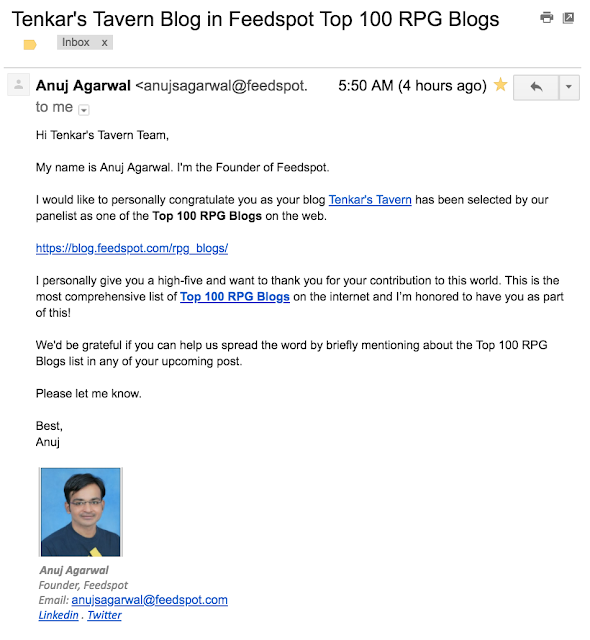 Ah, remember this shakedown from December 2017?  I was being shaken down for a Feedspot subscription if I wanted to be added to the Top 100 RPG Blogs list.

Apparently, I am now "legitimately" on this fairly illegitimate list. I never agreed to the shakedown but nearly 5 months later I've made "the list".

We're at #25, out of 85 blogs listed (it was 75 blogs in December of 2017) on a Top 100 list. Oh, and they aren't all blogs either. Forums, retail sites, Reddits, Youtube channels... you get the idea. Now, just Old School Blogs, The Tavern has a listing of 81 blogs - why you would anyone need to fill such a list with non-blogs AND still be unable to hit 100 blogs is beyond me. 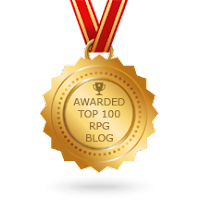 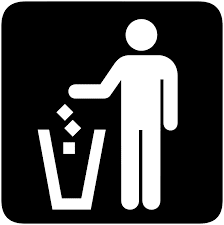 Gee, Anuj asked for a link. I don't think this is the post he expected...