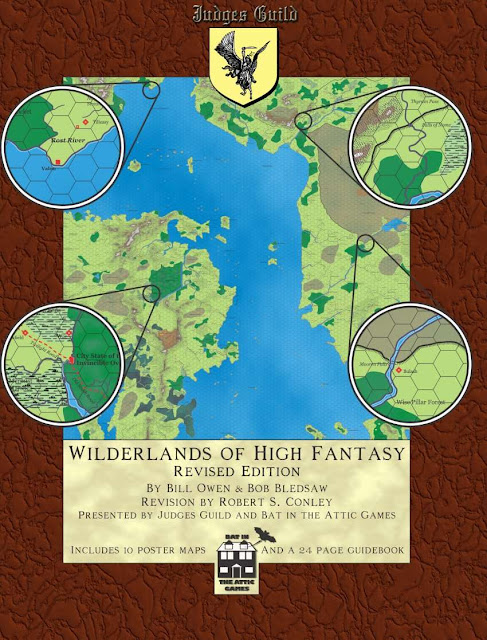 Rob Conley, in association with Judges Guild, has just released the first five maps and guidebook for the Wilderlands of High Fantasy. If you backed the Kickstarter, check your email for a project update with backer links.

Now, this release is available in both PDF and Print on Demand.

The Wilderlands of High Fantasy, Revised Guidebook is $4.99 in PDF, $5.99 in Print plus PDF 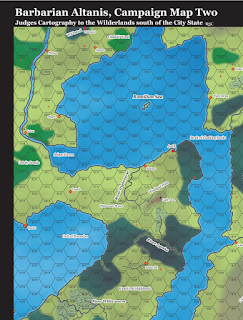 There is a FREE Preview PDF that gives a sample map and some tables from the full releases. Download the Wilderlands of High Fantasy Preview PDF here. If you do nothing else, snag the preview. It is well worth your time to peruse. Heck, you basically get one of the 5 maps and all the charts to go with it.

Prior Release: City State of the Invincible Overlord, Color Map is $7.99 in PDF, $9.98 in Print plus PDF


In 1976, Bob Bledsaw and Bill Owen went into business as Judges Guild. Their initial offering was centered on a magnificent 34" by 44" map of the City State of Invincible Overlord. First appearing at Gen Con IX, it was sold literally out of the trunk of a car during the convention. 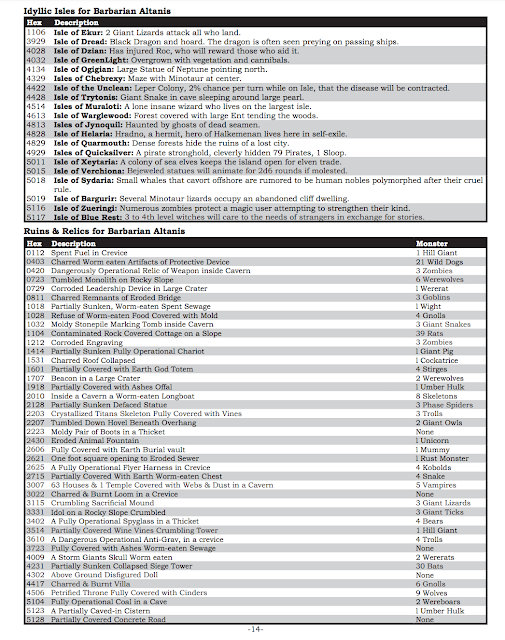 Now forty years later those maps have been redrawn in full color. These maps preserves the original detail and applies known errata and corrections. Each was drawn as part of single 6 foot by 8 foot map encompassing the entire Wilderlands then subdivided and cropped.
These maps are not a scanned images of the original but have been redrawn from scratch. The guidebook is also not a scanned image but has been relaid out from the original text with errata and corrections applied.

The Wilderlands of High Fantasy Guidebook

This product contains a 24 page Guidebook for the five maps of the Wilderlands of High Fantasy. The books has an introduction and commentary by Robert S. Conley who has used the Wilderlands as his main fantasy campaign for nearly forty years. Each map is detailed with the following listings: Villages, Castles & Citadels, Idyllic Isles, Ruins & Relics, and Lurid Lairs.

1 PDF of the Wilderlands of High Fantasy Guidebook.

The print option adds the following:

Ten overlapping full scale maps of each half of the maps.

You can read Rob's post at Bat in the Attic here.

Those are definitely affiliate links above. If you wish to keep The Tavern going strong while doing what you already do, please use our affiliate links prior to shopping at RPGNow and the rest of the OneBookShelf sister sites. It really does mean a lot and I thank you.