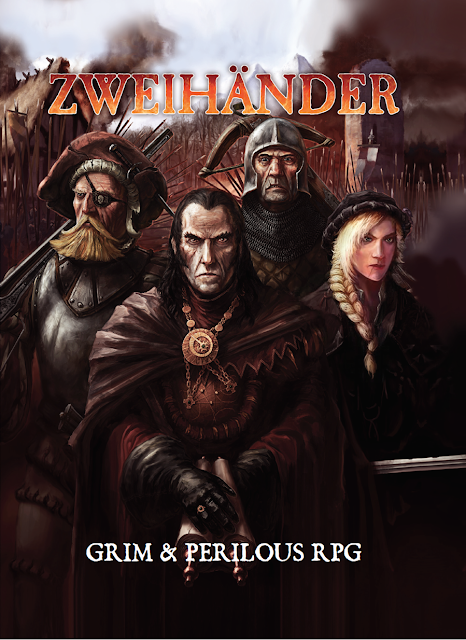 If you are one of the handful of people that have not yet grabbed a copy of the ZWEIHÄNDER Grim & Perilous RPG, here's your chance to get it for three bucks.

For the next 12 hours, ZWEIHÄNDER is the Deal of the Day.

"ZWEIHÄNDER Grim & Perilous RPG is a retro-clone spiritual successor to Warhammer Fantasy Roleplay first and second editions, an unrepentant OSR heartbreaker released under Creative Commons License Share-Alike. It is a fantasy tabletop role-playing game, one where adventurers will:


This 692 page, all-in-one game includes most of what you need to play: a character creation guide, game mastery rules and a bestiary brimming with creatures both fair & foul. All that’s left to gather are a few friends, pencils and a handful of dice."

It sure seems like May is "sale month" at RPGNow. Yep, an affiliate link is above. Time to get back to more news, gaming content and #ConManKen ;)

Email ThisBlogThis!Share to TwitterShare to FacebookShare to Pinterest
Labels: deal of the day, zweihander