Evil Hat has Applied for the Star Frontiers Trademark 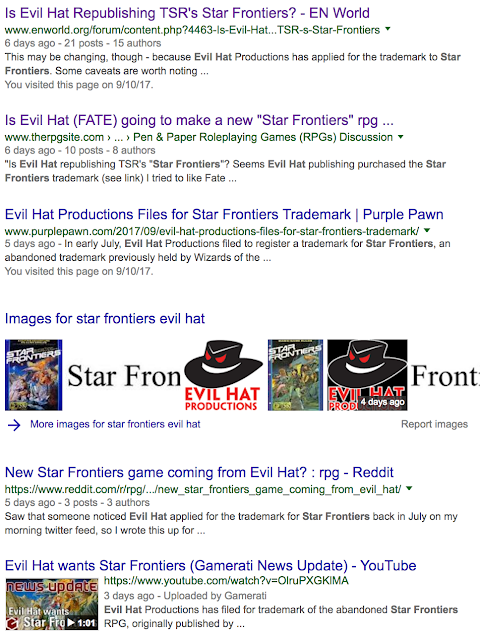 Evil Hat's application for the now abandoned Star Frontiers trademark was all over the net last week (not that I noticed). It reminds me when I found out that the TSR trademark had been snagged - it was an obvious attempt at nostalgia. Is it the same with Evil Hat?

Could you clone a game and then use the revived trademark to reissue it?

No idea what plans Fred "Blue Haired" Hicks has planned for Star Frontiers, but it certainly makes for a fun thought experiment ;)
Posted by Tenkar at 11:22 AM