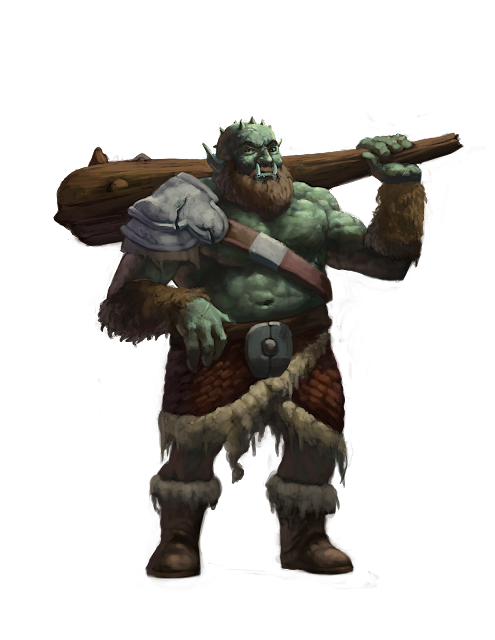 There was no Midweek Monster Mayhem post last week so this post is a bit of a twofer. If all goes well, there will be a second post this week.

Todie was a special Bulibug. Unlike his brethren, he had an affinity for languages. He also found himself blessed with a singular talent, the ability to project a semi-solid illusion, which he often used to his advantage within the tribe. That is, until they cast him out.

Now Todie preys on the Bigguns. He has perfected an 8 1/2 foot "Paper" Ogre projection, one that he can throw his voice to, which he uses to shake down travelers and still wet behind the ears adventurers. He doesn't ask for much - usually a silver per person from travelers - and would much rather the show go as planned, because his ogre projection is much more bark than it is bite. The projection is hard to hit but strikes for minimal damage.

Paper Ogre
AC: 1[18]    HD: 4 (4 HP) Attacks: Club (1 Point Damage - no roll needed)   Move: 12
Special: Really an illusion. Anyone who suspects it is an illusion may make a saving throw. If successful, that character gains a + 4 hit bonus against the illusion. 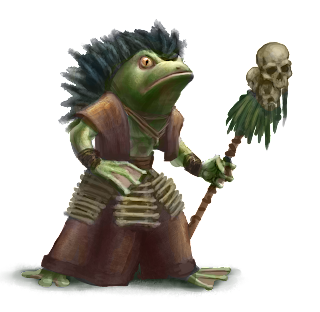 Note, although written for Swords & Wizardry Light, Paper Ogres and Bulibugs will work fine with other flavors of S&W (and other OSR rulesets) - all you need do is add expo.