Its Here! White Star: Galaxy Edition in PDF has Released! 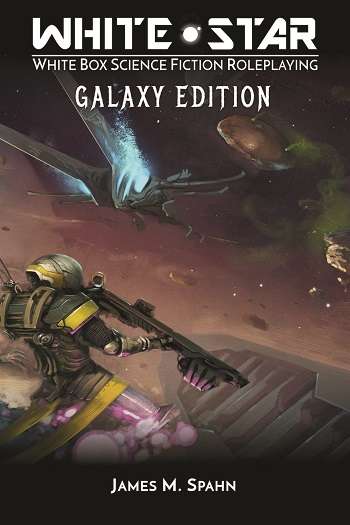 edit:  anyone who buys the PDF before the softcover and hardcover releases will receive a discount equivalent to if they had bought the PDF+Print bundle. - James Spahn

Ace Pilots, dead-eyed Gunslingers, and irrepressible Star Squirrels blast off across the stars to save the galaxy from the horrors of the Void! Hellfire Mecha march across the battlefield, leaving carnage in their wake! From the galactic center of Omega Consor to the Manrash System on the edge of the universe, the galaxy needs heroes!