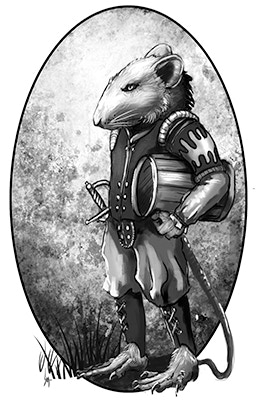 I don't cover much in the way of D&D 5e. I probably should if I want to increase The Tavern's readership (and 5e is not a bad system at all) but I write about that which interests and excited me.

Well, here's a 5e project that interests and excites me.

Marathon of Heroes - A 5E Adventure is a Kickstarter project from Fail Squad Games / +Lloyd Metcalf . Lloyd is, quite simply, one of those people who know how to run Kickstarter projects. He ships on time (if not early), doesn't get caught up in the dangerous world of Kickstarter physical stretch goals and has the project written already when the Kickstarter goes live.

Simply put, Lloyd's mark on a Kickstarter is the Gold Standard.


Marathon of Heroes is a 36-38 page adventure module for the Fifth Edition of the world's favorite roleplaying game for 4-6 Level 5 characters based in the Lands of Lunacy setting from Fail Squad Games. It can be played in any setting with minimal adjustment. Marathon of Heroes is intended to be played over multiple sessions (Typically 4) but may run longer if used with "interlude" side quests.

As for Lloyd's record:

We have found reliable printers, reliable shipping methods, we have PROVEN that we can handle budgets for projects of this type. The writing is done, 98% of the illustration is complete. We need your help to take this adventure to print.