Spring Reminder - The Tavern Pimps What it Will - I'm Not Ignoring You, Just Your Requests 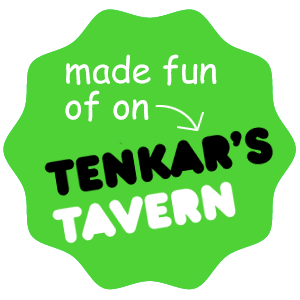 Its mid spring and it seems that not only is it time for spring planting but also a ripe time for the launch of new Kickstarters. As such, I'm getting hit with requests to highlight new Kickstarters daily, often multiple requests per day, via FaceBook IM, Google Hangouts, G+, email - you name it.

So, if this is you - meaning, the one requesting, asking, begging and very rarely demanding that The Tavern cover you latest and greatest Kickstarter, please keep the following in mind:

1 - First and foremost, The Tavern is a gaming community focused on the OSR. Kickstarter coverage is secondary - tertiary if it isn't an OSR related

2 - If your Kickstarter is Pathfinder focused, you probably aren't going to get covered. Same if it is something I generally won't play myself. You see, I back 90% + of the Kickstarters I highlight.

3 - If I don't respond to you, don't take it personally. I also get unsolicited Facebook IMs, Google Hangout and Plus direct messages, emails and the like from people that want to talk gaming. These people are my community. I do my best to respond to them. As for your KS request, wait and see if it makes the page.

4 - There are folks that have cultivated friendships with me months or even years in advance of any Kickstarters or other projects. I don't catch all of their messages either, but I do try.

5 - In the end, I am performing a service for the OSR and the gaming community at large (and The Tavern's Community in particular) It is them that I owe fealty to. I highlight KSs I feel they would be interested in, either to support or show how not to run a Kickstarter. If my fealty were to the Kickstarter creators, I'd be a shill. I am no shill.

There you have it. Alright, time to head out and pick up my son. 23 and is having a tooth pulled. Fucker broke in half. Yes, I'm getting text updates ;)