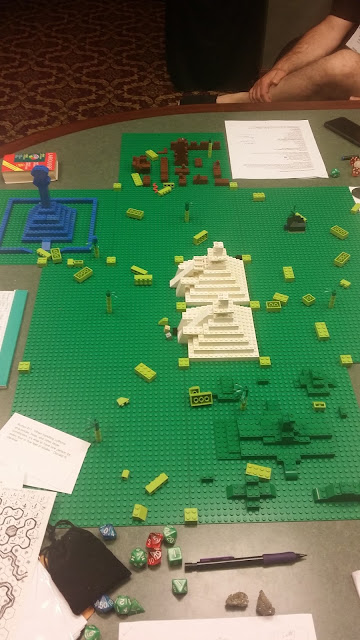 I figure it's about time to post some pics from NTRPG Con. Below are some pics from Merle Rasmussen's excellent espionage RPG (we played in Sunday's session). We were gaming and play testing and I'm looking forward to talking more with Merle about his game (hint hint).

With the exception of the ruins in the middle, the players assembled the ruins themselves.

Of course, we initially steered clear of the actual adventure location and were doing a beeline for the the false lead. Thankfully, our curiosity overcame our well thought out plan, and we were quickly deep in the doo doo. 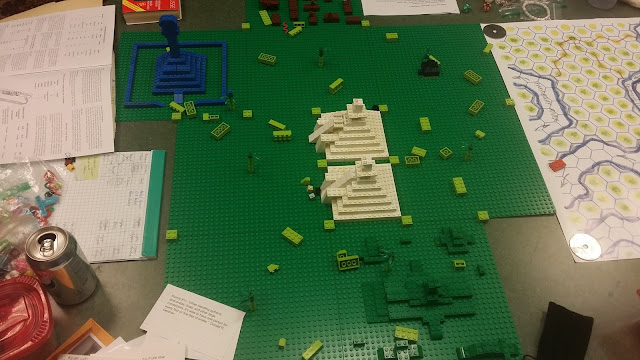 I had a blast watching Rach with a silent gauze pistol, blasting away the bad guys. She has a hidden violent streak it seems ;)

It was just a damn good time at Merle's table. The rules were intuitive and the game session had a natural flow. Hell, we came damn close to spending the whole session shopping for equipment.

I don't want to spoil the adventure for future players, but suffice to say we kicked Isis ass ;)