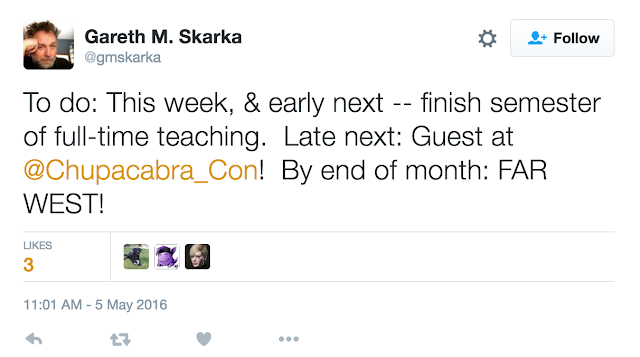 Last time Gareth actually posted an update on the Kickstarter side? January 29th.

It's not that Gareth isn't making comments. He occasionally does pop up in the Far West Kickstarter comments. Like here, where he explains why he stopped doing updates (but does do Twitter - figure that shit out)

He's right, his medical "stuff" is nobody's business - except that he's used it as an excuse in the past and now in the present.

So yes, if you want Far West updates you need to slog through Gareth's Twitter feed.

Not that I expect to actually see anything this year.