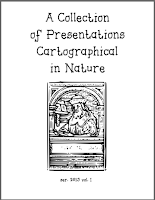 It is events and interesting posts from our corner of the OSR. Could be links to previous posts here at The Tavern or from other blogs in my "I read their blogs" circle or other stuff that strikes my fancy. Just call me "Mr. Fancypants"

Probably the largest discussion taking place in gaming this week was in answer to +Christopher Helton 's article on ENWord. I had my own words to say on the topic, which can be read here. It's all about what games are worth. In does fall into living wage discussions over in the ENWorld thread, but there is some good discussion to be found if you look hard enough. Just avoid the whole "living wage" trap and you'll do okay ;)

+Timothy Brannan addresses an RPGnet thread, about of all things, the "Much Maligned" 5th edition of D&D over at The Other Side Blog. If we were talking about early versions of the D&D Next Playtest, yeah, it was a mess at points. While the final version of 5e isn't everything I might have wanted it to be, neither is Swords & Wizardry, my usual go to game. Oh, as a bonus, The Pundit chimes in.

+matt jackson has released his Cartological Review, series 2015, volume 1 as a free download from his blog. Grab it, print it out and run with it. Without scissors please...

Earlier this week I received my monthly micro adventures offering from +Tim Shorts of Gothridge Manor fame. Want to see what you're missing? Go to the link.

+Rob Conley has an interesting breakdown on what the Traveller's Aid Society offers to small publishers (and what it doesn't). I missed this earlier (it's from May 2) but it's well worth the read.
Posted by Tenkar at 9:12 AM