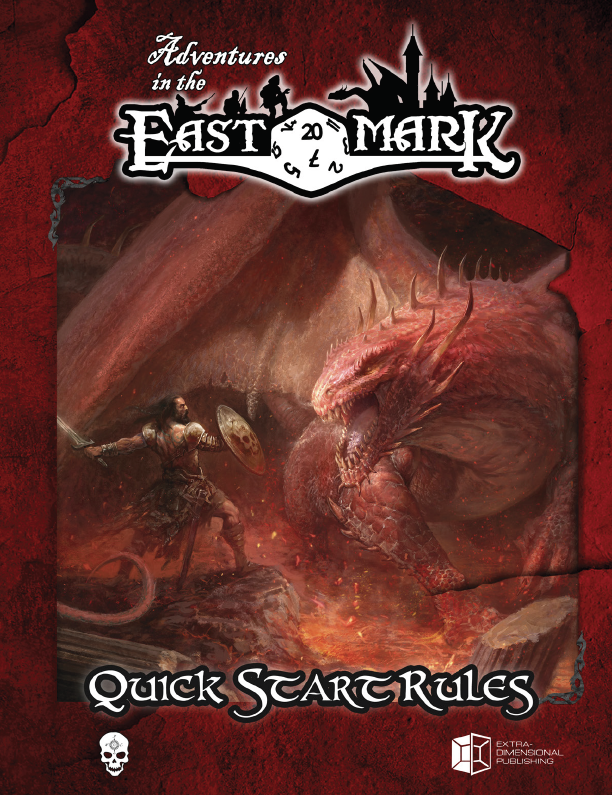 Adventures in the East Mark was recently funded via Kickstarter, and it's the English translation of a Spanish OSR system. It really is pretty.

That being said, the Quick Start Rules really are more of a free preview. There is no included adventure, and specific class info is missing (but the pregen character sheets do explain most of what is needed). It does include all of the combat charts and saving throw tables, as well as weapons, armor, 1st level spells, setting and the like.

If you liked the old "red box", this should give you a similar feel.

I do NOT suggest paying for the PWYW version. Use this as a free peek at the rules and the setting. If you like what you see, the full featured PDF of the Adventures in the East Mark is $12.99 in PDF.

From the blurb of the full set:

The Spanish game "Aventuras en La Marca del Este" began from the mind of Pedro Gil as a homebrew campaign for some friends in Spain playing the world's most famous game as devised in Frank Mentzer’s (BECMI) Red Box with 9 starter classes and new rules on mounted combat, aerial combat, seafaring and ship battles.  Now, many years later, it is one of the most popular role-playing games in Spain. By enlisting incredible artists that are now rising stars in the RPG industry such as A.J. Manzanedo, Jorge Carrero and Víctor Guerra, the "La Marca" team produced an incredibly captivating "retroclone" role-playing game that is an old school experience wrapped in old world flare. The game is published in Spain by Holocubierta Ediciones.

Supported by Kickstarter, this is the first ever English edition of the game, now called "Adventures in the East Mark". This Basic Rule Set has everything that you need to play a game with the deep traditions of the original fantasy roleplaying game and imbibe it with an authentic European flavor.
Posted by Tenkar at 8:05 PM