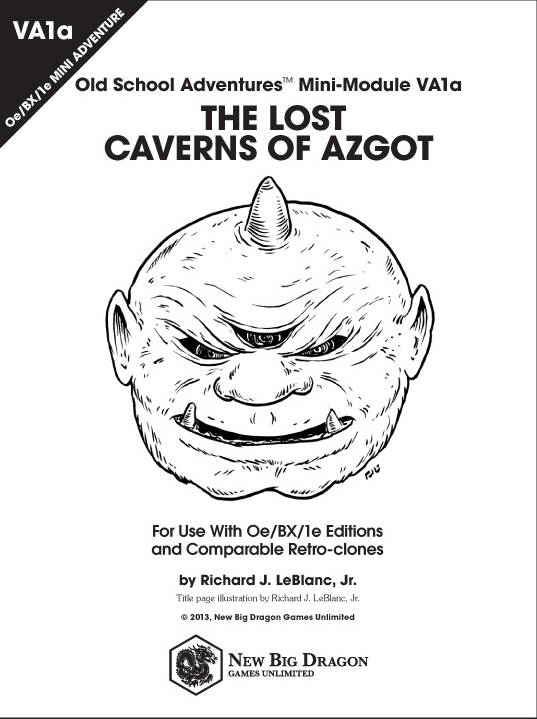 The Lost Caverns of Azgot is a free mini adventure from the guy who won the 2014 Three Castles Award. It's short, it's free and it's old school.

Remember, my Free RPG Day picks aren't the same one you'd be getting at your FLGS - but they are just as free ;)

Only a minimum number of monster encounters have been included in this adventure. Instead, it is designed to allow “population” of the caverns as the DM deems fit, allowing it to be easily adapted into almost any existing campaign (old-school or new).

While this adventure is not part of Old-School Adventures™ Module VA1: Valley of the Five Fires (winner of the 2014 Three Castles Award), it has been designed to be used in conjunction with the setting it creates. Furthermore, its format allows use with almost any early edition of the original role-playing game (Oe, BX, 1e) or comparable retro-clone (e.g., S&W, LL)
Posted by Tenkar at 12:19 PM