Mapping By Numbers - Wherein I Crawl Before I Can Walk 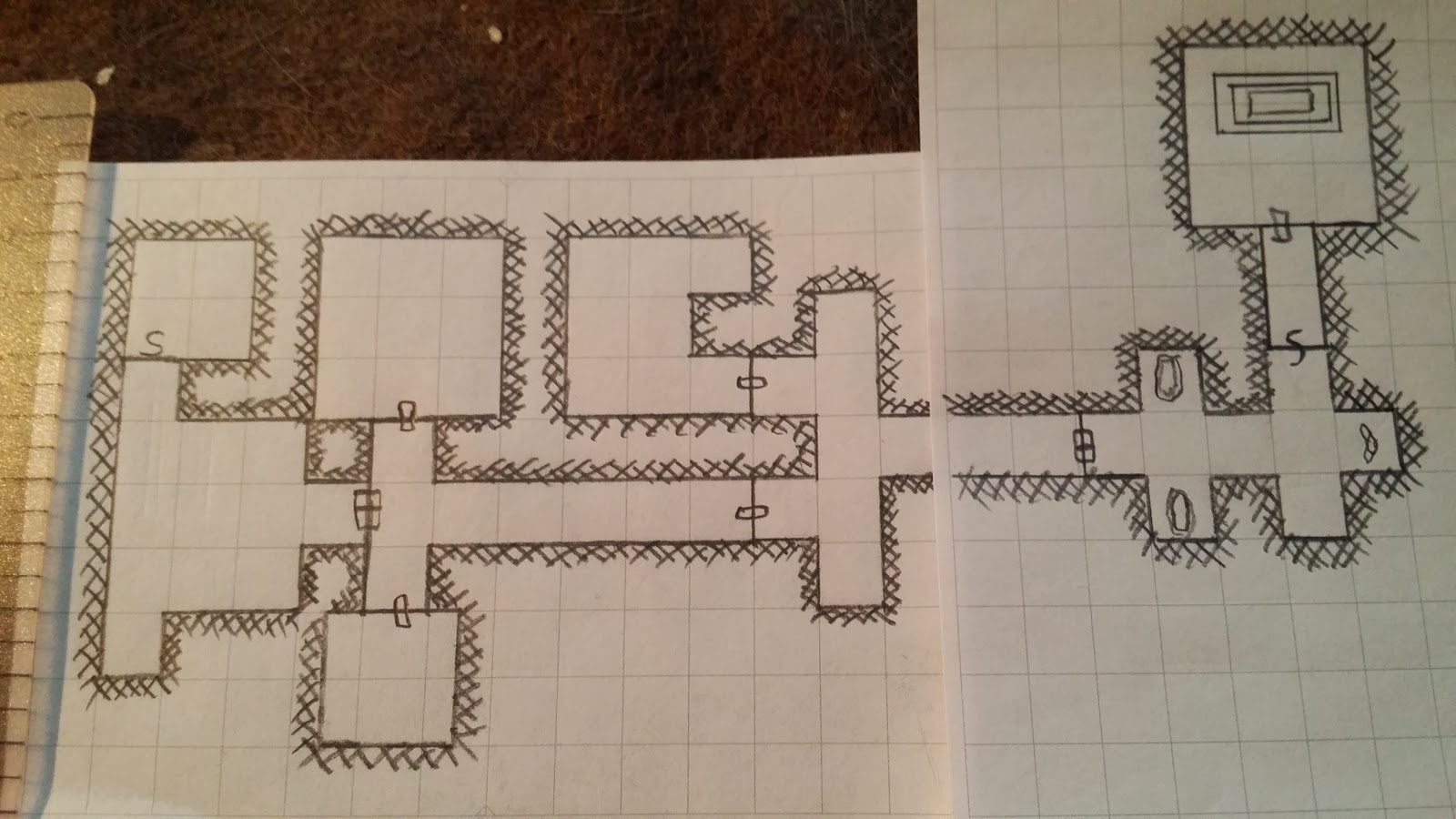 I remember as a kid, I wanted to draw comics. I had no talent for it whatsoever, but my mom bought me tracing paper, and I spent many a weekend tracing panels from Green Lantern and The Justice League (among others). At some point, I got good enough to draw free hand, but it really wasn't drawing. I was tracing from memory. I never took it beyond that point, which is a damn shame.

I look at the maps drawn by the likes of +Dyson Logos and +matt jackson and I see art, not just cool gaming maps. Visions put to paper.

Me, I'm mapping by the numbers right now and probably won't get much beyond that, but I'm comfortable with that. I need the training wheels of graph paper, and if I moved to a larger canvass even with the graph, I'd probably frustrate the shit outa myself before completing the first map.

The thing is, I find mapping, even with training wheels, to be strangely therapeutic. It relaxes me in general, and my mind in particular. Just the act of doing is rewarding - getting a usable map for my campaigns is bonus.

The only question is, do I make these mini maps "geomorphic" in nature, even if only some of them. These two just happened to match up fairly well. Were I to drop in a staircase, it would be on the left map, far right at the intersection.

Email ThisBlogThis!Share to TwitterShare to FacebookShare to Pinterest
Labels: mapping