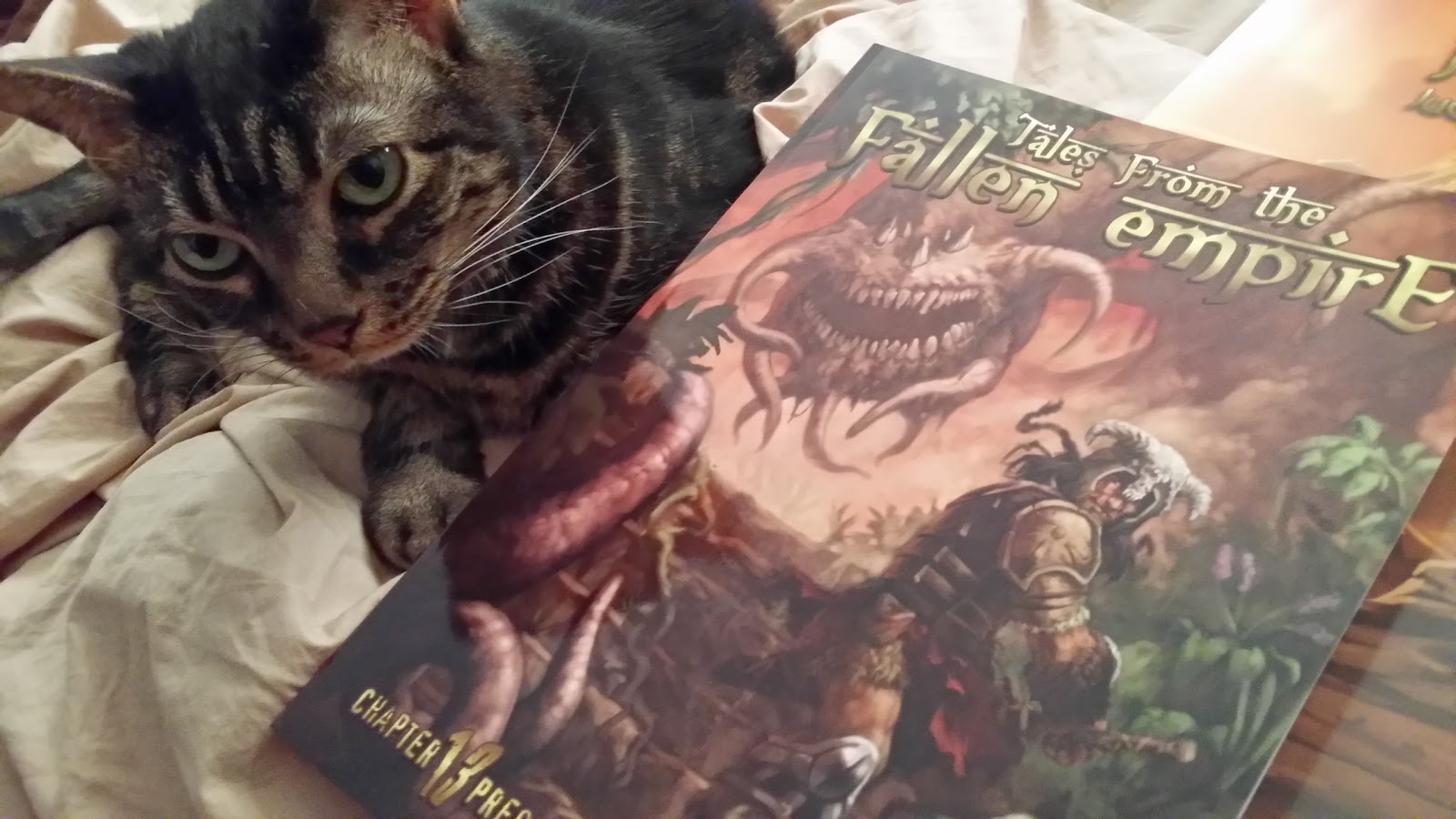 I love it when a Kickstarter arrives at my door :)

Tales From the Fallen Empire is for the DCC RPG (and the first true setting for the game).

That being said, lets see - I could put Thieve's World (layering in Metal Gods of Ur-Hadad) in the Fallen Empire setting, reskin for S&W / Crypts & Things and throw in the mini maps I've been scratching out.

Shit, I've got years worth of gaming here.

Amazing how much I enjoy the accessories (adventures, settings and zines) for the DCC RPG and I just don't enjoy the proliferation of tables in the DCC RPG. Swords & Wizardry is just easier to run without referring back to the rules (although I'd gladly play in either)

As a side note, my only initial complaint with Tales of the Fallen Empire is negated by the fact that I don't pan to use it with DCC - I can't read the spell charts without a magnifier. Shit, my eyes are bad but those tables are horrid. Good thing I can covert those spells to S&W without too much trouble ;)
Posted by Tenkar at 8:33 PM