My "Old" Group is Talking About Gaming Again - So Why Did They Have to Mention 4E? 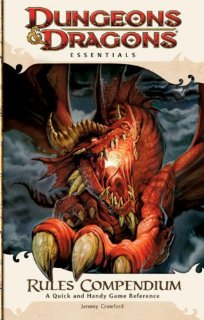 My old gaming group (and still close knit group of friends) has started shaking the tree regarding "playing D&D again". Now the core of the group is still based in NYC, but we have others in Texas and Washington State that were added during the MMORPG years.

As a gaming group, we broke up due to the usual commitments - work, family, the complicated lives that adults live, but we transitioned to MMORPGs as it allowed us to game from home and get the most out of our limited free time. I remember waking up at 430 on a Sunday morning to play the original Everquest until about 1030 / 1100, when family commitments would start to come into play).

Many systems were tried, and now we are largely fragmented - heck, I hardly play MMORPGs these days myself.

So I was surprised to get emails inquiring about me running a D&D game for them via G+ Hangouts. I suggested OSRIC or BFRPG (damn cheap on Amazon) - they responded with either AD&D 1e or the new fangled D&D Essentials. Yes, they've been out of the loop for a while. They want to play "real D&D, like it was 25 years ago" and somehow the clones don't make that connection (despite me putting copies in many of their hands over the years - from C&C to OSRIC and others in between) but 4e Essentials did in their mind.

Amazing the power of "The Brand".

Time will tell if this idea takes root. If it does, I'll be running a second campaign on Friday nights. I'll need to smooth things over with the Wife Goddess ahead of time... heh
Posted by Tenkar at 11:12 AM