Putting Another Kickstarter to Bed - King For a Day (Fantasy Sandbox) 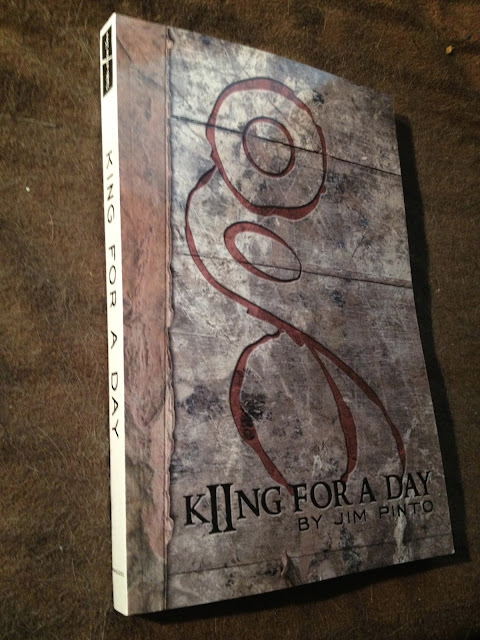 This actually came the same day I got my Swords & Wizardry Kickstarter package. We already know who won that battle ;)

In any case, King For a Day is a "systemless sandbox campaign" that actually looks pretty cool. I say "actually", because the longer this one dragged on, the less enthused I was about it. Actually having it in hand has added some "enthuse" :)

Hey, at least I get to remove it from the "Overdue Kickstarters List".

I just realized that maps aren't included with the print version. What folder is my PDF sitting in anyway? 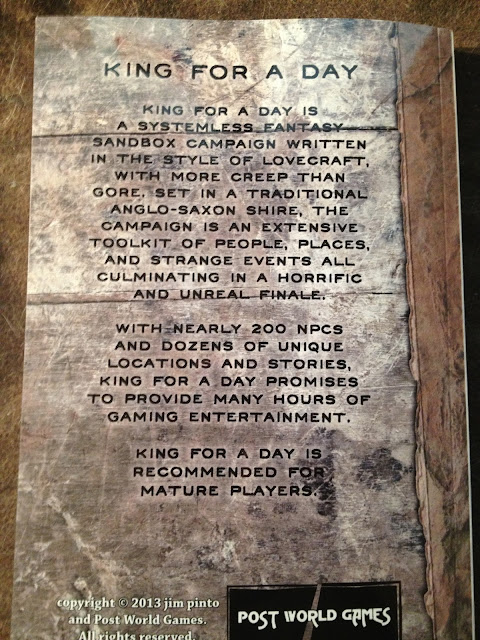 Email ThisBlogThis!Share to TwitterShare to FacebookShare to Pinterest
Labels: kickstarter, king for a day