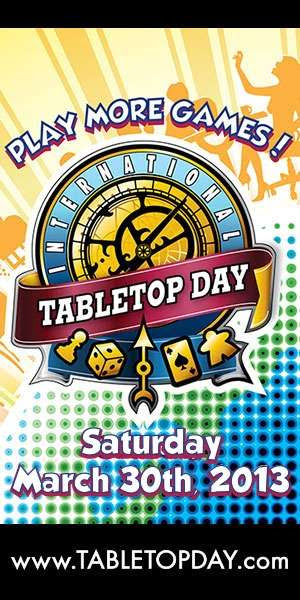 OneBookShelf is celebrating International TableTop Day by offering a Free Bundle of games.

Much of it is Quickstarts, which are freely available anyway, but it's nice getting them in one place. However, there are 4 full games for free in the bundle:


The critically-acclaimed game of childhood terror is back in Little Fears Nightmare Edition!

Monsters are real and they hunt children like you from the shadows. As a child, you have your wits, your belief, and the friends by your side. No adults can help you. No one else can save you. It's just you and the monsters.

Shut the door and bolt the latch.

Completely reimagined, with an all-new system, Little Fears Nightmare Edition is the definitive version of the classic game.

You're not scared, are you?

Parsely #1: Action Castle is the first in a new line of games called “Parsely Games.” Now you can “GO EAST” and “LIGHT LAMP” with the best of them. Canst thou master Action Castle before death claims thee? Parsely games are inspired by Ye Olde Text Parsers from days of yore, but substituting a live human for the computer parser. Parsely games are small, portable and fun for (almost) all occasions.

• Play them anywhere! On trips, in long lines, camping, at game cons…• Play them with anyone! Young or old, expert or total n00b• Play with a few friends or 100 random strangers at the same time

Find your DestinyThe savage Titans have escaped their eternal prison to wage war with the Gods once more.Their battles in the Overworld have spilled over to ours.Armed with abilities and weapons granted by their divine parents, the Scions stand as humanity’s only defense. This book includes: • Six ready–to–play Scions - the offspring of the Gods • Rules to create your own Scion from one of more than 50 gods from six different pantheons • The adventure, “The Long Road to Heaven,” using the Storytelling Adventure System Scion: Hero is the first book in a new Storytelling game series from White Wolf Publishing.


You are elite investigators combating the plots of the Esoterrorists, a loose affiliation of occult terrorists intent on tearing the fabric of the world. The Esoterrorists introduces the GUMSHOE rules system, which revolutionizes investigative scenarios by ensuring that players are never deprived of the crucial clues they need to move the story forward.

With The Esoterrorists you can

Equip your characters with up to 39 fine-grained investigative abilities, ranging from Interrogation and Data Retrieval to the ever-popular Forensic Entomology and always useful Bullshit Detector. Round them out with 13 crucial adventure abilities, which help you fight, run away, and retain your mental stability when the horrors come knocking.