When is a Preorder Not a Preorder? When It's a Kickstarter! 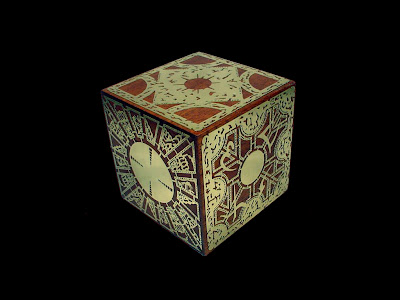 Kickstarter is a big thing these days, and it's becoming a big way to fund RPG projects. Some publishers (Troll Lord, Frog God and others) pretty much treat Kickstarter as a pre-order with benefits, but what does Kickstarter see it's role as?

Why is Kickstarter funding all-or-nothing?

On Kickstarter, a project must reach its funding goal before time runs out or no money changes hands. Why? It protects everyone involved. This way, no one is expected to develop a project with an insufficient budget, which sucks. Remember you set your own funding goal, so aim to raise the minimum amount you'll need to create your vision. Projects can always raise more than their goal, and often do.

The emphasis above is mine. Kickstarter doesn't assume or expect that a project is complete before funding is requested. It assumes money wil be raised and then the project will be completed (hopefully it's been started to some extent, so parts can be shown to prospective supporters).

This isn't a preorder, even if publishers and creators treat it as such.

And what happens if it never reaches completion?

Project Creators are required to fulfill all rewards of their successful fundraising campaigns or refund any Backer whose reward they do not or cannot fulfill.


But what about these estimated delivery times that are posted on the project next to the pledge levels and rewards?

The Estimated Delivery Date listed on each reward is not a promise to fulfill by that date, but is merely an estimate of when the Project Creator hopes to fulfill by.

Project Creators agree to make a good faith attempt to fulfill each reward by its Estimated Delivery Date.

These dates aren't written in stone, and if the project you supported actually hits its Estimated Delivery date, you are ahead of the game. Trust me on this, I've supported way too many Kickstarters and Indiegogo projects than is healthy for my wallet (or my marriage ;) and on time delivery is no longer something I expect. I don't count delays in days, weeks or even month - I count them by seasons. It's much easier and so much less stressful.