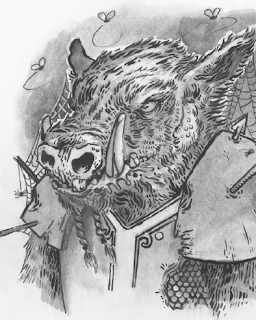 So, last night I ran a party of six into Dwimmermount using the Ambitions & Avarice Ruleset. We used 2nd level characters, as I really didn't feel the need of picking bodies off the floor right from the start ;)

Greg, designer of A&A, has also played a session of Dwimmermount with James Mal, so it was decided the party would go in a different direction (as they had gone east in his session previously).

There are a few things I've learned in my years of gaming, but sometimes it takes a dungeon like Dwimmermount to drive the ideas home, such as:

- Given an assortment of levers, someone in the party will start randomly pulling them. If curiosity killed the cat, and cat's have nine lives, PCs invariably have more. In this case, the levers didn't kill any PCs. This time.

-Given an assortment of valves and spigots (or gods forbid, a Decenter of Endless Water), players will converse about the improbable ways in which they could flood all levels of the dungeon, as the PCs sit back at the pub watching their expo roll in. It ain't going to happen, but I've seen this scenario get brought up many a time before.

-Given an assortment of statues, someone in the party will attempt to start breaking off heads, prying out eyes, cracking off limbs or whatever it takes to get to the to the center of a tootsie roll tootsie pop. Just like in the commercial, getting to the center makes noise, which brings the risk of Wandering Monsters.

-Given an opportunity to use fire against an adversary, PCs will use fire. I look forward to my next opportunity for my NPCs to respond in kind.

-Given an opportunity to recover a hostage that the hostage takers believe the PCs are looking to rescue, someone in the party will invariably ask the hostage: "Dude, what's your name" before negotiations even begin.

-Halflings are squishy, no matter the rule set.

So yes, we'll be picking this back up next Saturday. It was a blast and Dwimmermount and Ambitions & Avarice go together like peanut butter and chocolate ;)