The Grumpy Dwarf Looks at the Latest Rule of Three - Feats, Skills and Monsters With Class 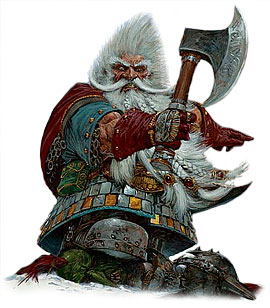 Fairy short set of answers in the latest Rule of Three question and answer posting.  Lets take a peek, shall we?
Original article is here

Are themes just feat packages or is there more to them? What can we expect from feats for D&D Next—is it going to be what we're used to or are you spicing them up a bit?

The design right now delivers feats through themes—so yes, themes are the delivery device, just as themes in Dark Sun are a delivery device for some powers. (Interesting that they say "right now".  I guess there is still a hell of a lot of flux going on with D&D Next) Themes also do something great for character creation in that they really flesh out the story of your character and your character's place in the larger world. We've found (during the internal and expanded playtesting we've already done) that even experienced players enjoy that aspect of the themes, including when building their own theme feat-by-feat. (So, we no longer choose our own feats, but pick a theme?  I guess they are drawing from older editions - AD&D 2e and the Complete Handbook Series.  Hopefully themes have a better sense of balance)

As for feats, we want them to have a significant impact on how your character plays. We also want feats to allow some complexity customization (this is where we play with different editions in 5e i guess.  It's all in the feats). If you want to play a simple, streamlined character, we want to provide plenty of simple, streamlined feats for you to use. If you want a complex character, take complex feats. (I'm confused.  If the streamlined and complex feats are equal in power, why bother with the complex feats?  Flavor?  4e characters are more powerful than 3e characters, who are more powerful that 2e, and so on and so on.  If simple and complex are going to be equal, then you are going to have some disappointed players of later editions) Either way, we want you to feel like taking a feat really affects the way your character plays.

If all characters can pick skills through backgrounds or just by cherry-picking what they want, is being the "skill monkey" no longer the rogue's thing?

We like the idea of rogues and skills being tied together as an aspect of the rogue's identity (but not the totality of that identity). (errr, o-kay.  so, rogues get skills, everyone gets skills.  so why be a rogue?)  Right now, we're experimenting with giving the rogue extra skills (but in 3e didn't rogues get like double or more the skill of the other classes?), on top of those that everyone gains, as a way to express that aspect of the class; we may also give the rogue some exclusive skills or skill-like abilities, but that is something we're still working on.  (does this mean every class can open locks, disarm traps, pick pockets and the like?  because that really is the rogue / thief niche, and to remove it removes a major reason to play the class)

What other monster advancing ideas are you playing with beyond leveling them up with class levels?

Truthfully, we're not far enough into the game's design cycle to put too much work into monster advancement; up to this point, we've been more focused on creating the base versions of the monsters, making sure they work, etc. That said, I think we'd like to have many methods of advancing and altering monsters. Personally, I loved the idea behind templates from 3rd Edition, and really like the way we handle monster themes in 4E as a method of tinkering (please no minions and bosses bullshit.  if i wanted that I'll go back to MMORPGs). It's also pretty easy to just have rules for scaling up a monster's raw numbers.  Ideally, we're going to have a broad spectrum of ways for DMs to modify and scale up monsters, letting the DM choose his or her preferred method. (this "everything and the kitchen sink" method of building an RPG really scares me.  Do we really need multiple methods to tweak monsters?  multiple methods of gameplay?  of playing the classes?)
Posted by Tenkar at 8:43 PM