Sandbox Thoughts - Staring Into the White 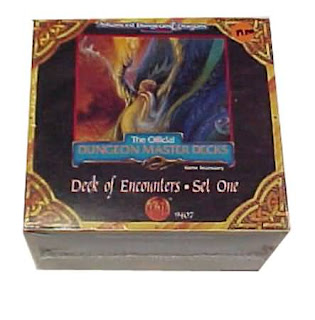 Back in my first gaming life (1980 -1997) I don't ever recall calling "sandbox" styled play a sandbox.  The first time you went "sandbox" is when your players zigged instead of zagged, and for the first time you didn't try to shoehorn them into what you had planned for them, but instead rolled with it.

Surprisingly it was empowering, both for the players and for me.  It validated the idea that their decisions actually mattered.  As for me, it allowed the campaign world to take on more of my ideas, as well as keeping me challenged (and preventing me from becoming a lazy DM).

I would weave adventures, mostly from Dungeon Magazine, but occasionally any random adventure released by TSR directly, with lots of sandbox style freedom.  Still, that sandbox styled freedom came with a price:  Preparation and improvisation.  The improvisation I was daily good at at.  Preparation, much less so, especially when you have no idea which way the players are going to zig, zag and / or jump.  There is nothing like staring into the white of a blank sheet of paper and realizing your friends want to play D&D, and you just got caught with your pants down.

Regretfully, my best tool for this style of sandbox play wasn't released until 1994.  Decks 1 and 2 of the Decks of Encounter Series are made for sandbox styled play.  These 3x5 index card sized cards allow for a DM to prepare (read) a number of possible encounters to keep the party on their toes (and keep the game from bogging down).  I always had something ready, no matter which way the players went.

Prior to the encounter deck, I had a listing of encounter ideas - generally two to three lines on a page of notebook paper, giving me an encounter or adventure seed.  Haven't found this yet while going thru the basement, and at this point i expect I won't.  Still, it was something I kept with me at work, or on a weekend in the Poconos, jotting down stuff as it occurred and using it later if the situation suited it.

Oh, and I also thru in lots of "dungeon bait".  The players knew that adventure and money generally came from the dungeons.  When I needed a change of pace, with less yap and more dice, I gave them rumors of a newly found / re-found / magically appearing / re-opened dungeon.

I'm actually going thru set one of the Deck of Encounters tonight, grabbing cards that may work well (or barely at all, won't know until the time comes) in this coming Saturday's ACKS game kick off.  Well, maybe not the kick off, as I firmly believe you need something fairly set to get a campaign successfully launched, but the cards will be very useful in the weeks to come.
Posted by Tenkar at 7:40 PM