Games From the Basement - The Palladium Role-Playing Game (revised) 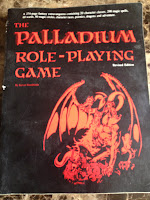 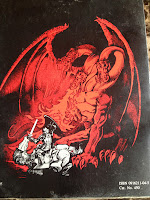 The Palladium Role-Playing Game was my one of my earlier non-D&D Fantasy RPGs (WFRP, MERP and Runequest II were the others).  Palladium RPG seemed to stick pretty close to D&D to my eyes, what with levels, hit points, classes, races - but it took everything up a notch.

It wan't the prettiest game in my collection at the time, but i found that there was always something I could steal from Palladium for D&D - Wolfen NPCs, Insanity Tables, alignment definitions - for an imperfect game, there was one heck of a lot of good stuff in this book (and the later source books). 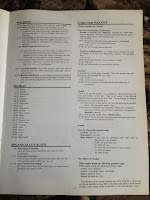 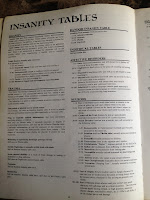 I have a signed copy of the 2nd edition somewhere, to go along with my first print signed at GenCon RIFTS rpg.  Yep, lots of awesomely broken games from Palladium in my collection, including Recon and Mechanoids.  I just need to refind them ;)

Email ThisBlogThis!Share to TwitterShare to FacebookShare to Pinterest
Labels: games from the basement, Palladium