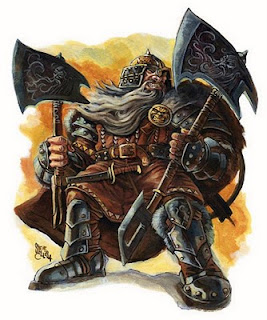 First off, here's the link to the podcast:  D&D Next Podcast

It's just over 26 minutes of your life to listen to it and no, you don't get it back.

I was surprised at the amount of times they used the spell "Summon Old School".  I'll assume it is an At Will Power and not a Vancian Spell ;)

I do have a few questions / comments:

- monthly updates to the playtest package, and possibly smaller updates in between?  I'm impressed

- how the fuck is it too much for people to process the whole game as it currently is in house? too much to expect the players to create their own PCs?  we created PCs in the previous version of the Beta (which was good, as we found a broken rule or two by doing so). everyone play testing is a gamer by nature - its what we do﻿.  it's a condescending bit of crap that i'm sure wasn't intended to be as such, but it certainly can be seen as such.

- they want folks to house rule the heck out of the game? wouldn't it be easier to just run the edition you currently have, as that's probably what you are house ruling it towards anyway?﻿

- definitely playing up the Old School angle... it's the PT Cruiser of RPGs ;)﻿

so, what are your thoughts after listening?