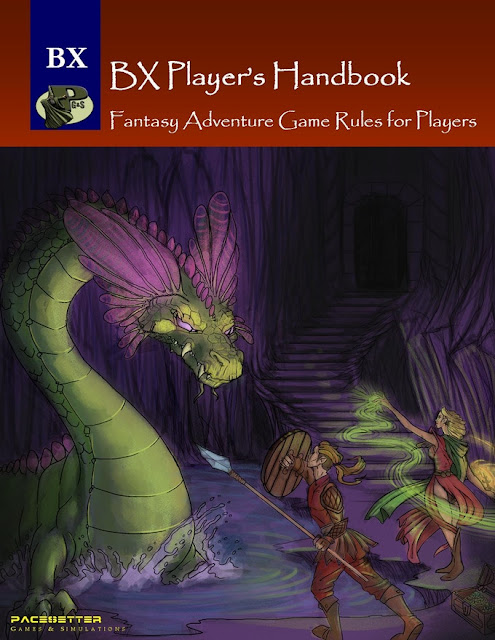 I'm at Gary Con. This is kinda like Day Zero. As in "Zero Tables for the Booth" and probably a late night of setting things up. So, I better get a post in now - and what's better than a Kickstarter post? ;)

Today I'm looking at the Basic and Expert RPG Sets Remastered! Kickstarter. First, I love art. It's a homage to the originals and looks great!


In 1981 the Basic and Expert game for the world's greatest fantasy RPG was released. Written by Tom Moldvay, David "Zeb" Cook, and Steve Marsh, these two comprehensive books created a complete fantasy game system that exploded on the gaming scene and made it into mainstream game markets. This game system is alive and well some 38 years later! This pioneering game was later revised into what is commonly called BECMI and later into the Rules Cyclopedia. But even as those systems further expanded the game, Basic and Expert (B/X) retained a huge following - one that still thrives today. It is with this history in mind that we have decided to create two new books, the B/X Player's Handbook and Dungeon Guide. Instead of merely retro-cloning this system, we have separated the player rules and game master rules into separate books. We have also expanded the character classes, added spells, weapons, monsters, magic items, and much more. All the while, we have steadfastly maintained the simplicity and elegance of the original game. We have done all of this with one thing in mind; we are not replacing the Basic and Expert books, we attempting open the game up for more opportunity to new and old players alike. You no longer have to search for those beat up copies of the rule books - it's all here and more!

My thoughts - I was introduced to RPGs with AD&D 1e. I feel very comfortable with having the Players' and GMs' material in separate books. Additionally, in my old age, I find B/X and its various clones to be more my current style of play. Tastes great, less filling ;)

As for more classes? Awesome :)