If there is one thing we've learned about Ken Whitman, its that lawsuits CAN prod the man to either truth or deception, but at least he takes action. 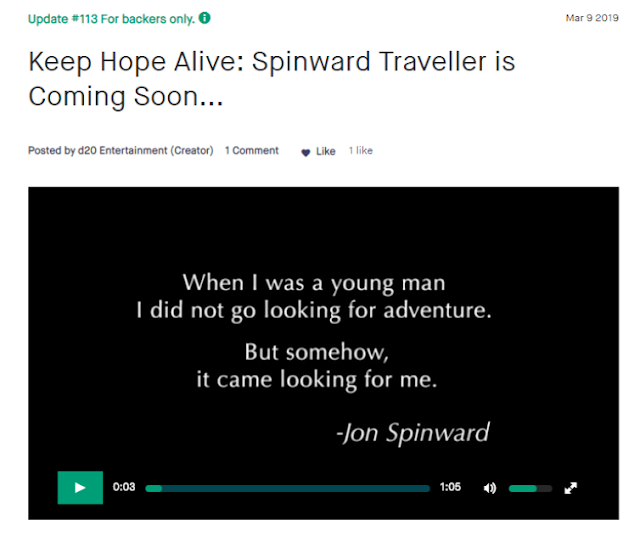 Apparently, Ken has been facing the threat of lawsuits from angry backers of the Spinward Traveller TV Pilot Kickstarter. How does Ken respond? First update on the Kickstarter in 2 1/2 years. 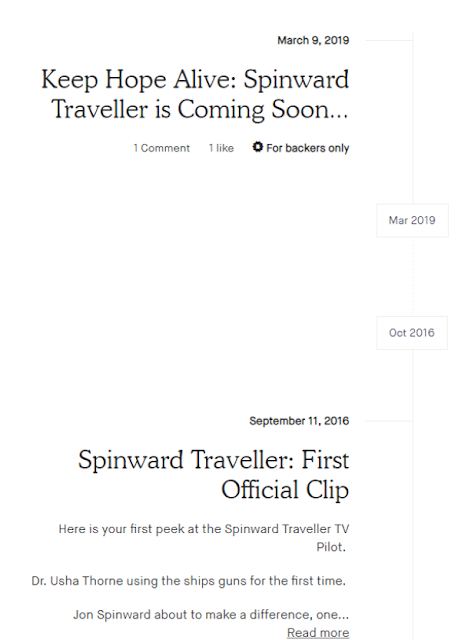 I kinda assumed the raw video for this and the Castles & Crusades video was destroyed when his friend's barn went up in flames with the raw footage for the Knights of the Dinner Table: Live Action Series Kickstarter.

And wasn't it six months ago or longer since Ken and Marcus posted about a foiling machine being purchased to makes some of Ken's infamous pencil dice? I mean, they use dice as pencils in our prison system. Ken might want to give that a first hand checking out...
Posted by Tenkar at 9:07 PM