Guest Poster - So, What is a Successful Kickstarter Exactly? 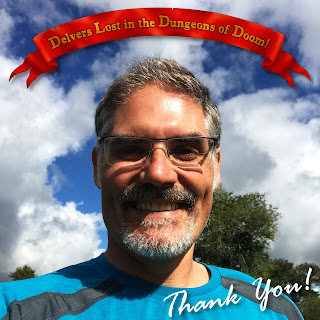 As I've stated before and I state again - The Tavern belongs to The Community. I am but a mere caretaker. Submit a well-written article and you may see it here - Tenkar

Hey, I am Darcy Perry from New Zealand, also known as Aotearoa (The land of the Long White Cloud) and Godzone (God’s Own Country). It’s a real place, although it may not be on your map, where they filmed the Lord of the Rings and The Hobbit. We have more sheep than people and the national Rugby team are called The All Blacks - because they wear black clothing (players can have any skin colour). Oh, and yeah, we don’t take life too seriously down here - or up here, depending on how you look at our rapidly spinning planet, hurtling through space while in a gravitationally connected cluster/galaxy of other similar (and not-so-similar) things surfing a wave/helix/screw-like pattern through the ever-expanding universe.

Ok, I put the word successful in the title as a tease. More on that later. Kickstarter should be no stranger to readers of the Tavern, as Tenkar loves to hold accountable those ratbags who rip off backers on this crowdfunding platform. I say ratbags because although Kickstarter calls you a Creator (or a Collaborator) when you launch a campaign, you deserve far worse than insults from Tenkar on his blog if you “take the money and run”. But wait a minute, I know more about this than the average FA-Q troll. So, pull up a seat and buy me a beer… I will tell you what I’ve experienced in the last two years from five “successful” Kickstarter campaigns.

Well, you kept reading so let’s start with the thing. Hours of love, sweat and long nights will have gone (or will go) into making this special thing. The fact that you want to share this thing with others is a reflection of you as the artist. Typically, artist’s get rich and famous after they’ve been dead for a century or so… but with Kickstarter, you can gather a crowd of folks who like what you’re making and don’t want to wait until you’re dead to enjoy it.

As a Kickstarter Creator, you will wear many hats. It’s a business expression that means you will do anything to get the job done, including work you might not enjoy so much. As an artist you will create the original thing. You will also have a hat for marketing, advertising, project management, liaising with contractors, quality control, public/media relations, shipping fulfilment and backer troubleshooting. No, you can’t shoot your backers, even the ones that cause you grief. At times you will wish you were just the artist. If you are fortunate, some friends may help you along the way and wear some of these hats efficiently, albeit briefly. Look after them, even if you can’t afford to pay them. Give them stuff. At the very least, the thing you have made. They’re your friends and their support is worth more than any “thing”.

There will be tyre-kickers. They really don’t want your thing. They really want their thing. It might be similar to your thing but it’s smaller or bigger or most likely, cheaper. Provide them with what they want and they will “thank you in advance” but in the meanwhile they will suck up your precious time with messages and emails, to prove how important their opinion is and why you’re doing it all wrong. They might even back you for a dollar… but will likely drop their pledge before the Kickstarter funding deadline, with a well-intended lie about buying it later when it’s something they really want.

When the money (eventually) comes in from Kickstarter, minus fees and taxes, pay everyone who is running a business first. For my Kickstarters, the main pledge rewards for backers are miniatures. The original sculpting is usually my own, on my own time. So I will be paid last, if at all. The casters who supply the miniatures are paid for production costs (skill, time, materials) of the miniatures the backers pledged for – so the casters get paid first. When the miniatures are packed (more costs: labour/packing materials), they are ready to post and the costs of shipping will kill you. International shipping especially. It will kill you dead. You will leave a note in your Will to pay the postal service. If there is some money left over, pay your Collaborators - or at least give them a promise of payment and make sure you deliver on that debt - you may want to work with them again! 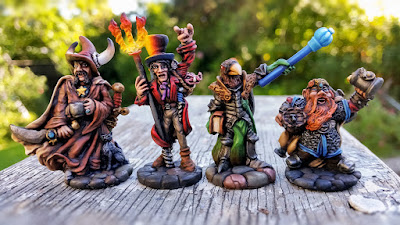 During the production, contractors may let you down. When a project is delayed, Kickstarter funds disappear like water poured out on the desert sands. Normal business expenses that go out each month, still go out each month, even though you can’t concentrate on other work while your Kickstarter fulfilment is delayed. Power, phone, internet, accounting fees, etc. They all add up. Don’t worry about rent and food – your Kickstarter was never designed to cover basic living costs. You will need another job to help pay for the privilege of running a successful Kickstarter. The biggest cost will be time. Time with your loved ones. Time with peace of mind. Time making other things. If something can go wrong, it probably will. Nobody will worry about this more than you. Talk to your friends or get religion. Don’t let anybody get your spirit down. You can do this!

The average backer treats Kickstarter like a bargain bin webstore having a fire sale. You will post updates and keep backers informed of all the issues, small achievements and minor setbacks… even how to fill out the all-important backer surveys… but most won’t read them. Don’t blame them for this lack of enthusiasm during the production phase. They just want the thing in their hands to enjoy. Their main response comes after their packages are delivered (and this may take months if they rely on the Canadian postal service). Remember, above all, they backed your Kickstarter. They backed you and you shared your creation with them. Rejoice and say thank you to everyone. Everyone!

So, what is a successful Kickstarter exactly? For me, it is a collaborative community, connected by the thing you are creating. It’s about putting that thing out there for others to enjoy. It’s also about sacrificing a part of your life and leaving yourself open to all manner of abuse. There will be haters. Ignore them. There will be new friends. Reward them. Kickstarter has enabled me to give back in a very significant way to a lifelong pastime - I love this hobby and the way it brings everyone to the table. After all that is said and done, is running a Kickstarter worth the effort? YES! To everyone who has backed or collaborated on my Kickstarters past, present and future… THANK YOU!