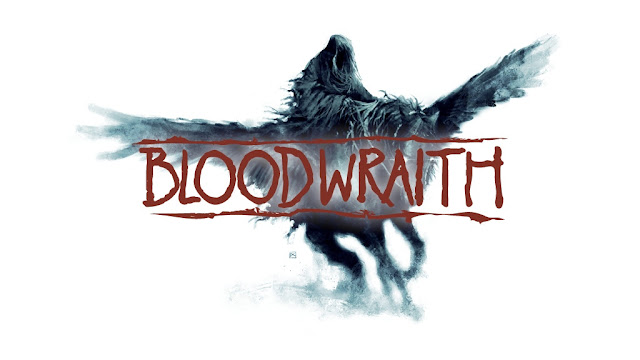 Sweet! Another Jim Pinto Kickstarter. Even the projects of Jim's that don't interest me still intrigue me, and Bloodwraith is an OSR project, so I'm interested AND intrigued :)


Sixty years ago, the sky erupted with blood. Not rain. Blood. Sacramental blood, born of the heavens and all the dead gods. This blood rain was known as the purge. And from this purge, faith died. Humankind knew the gods were dead. They sensed it. Felt it. The world was coated in the viscera and blood of the supreme beings who once created them.

And from this blood was born all manner of horrors. Dwarves, elves, goblins, orcs. Just to name a few. Humankind went from being a tranquil race to living at the edge of a knife. Entire nations were wiped out and replaced with the despotic dwarves, powerful elves, chittering goblins, and warlike orcs. Humankind scattered to the world’s edges, leaving the Bloodmarshes to the mongrel races that fell from the sky.

Humans who once stood together, became divided, forming into small enclaves. Each disconnected from the other. Each afraid to unite together again. For who could be trusted?

Which is exactly what the bloodwraiths wanted.

As for the world itself?


Gyrr is a flat, disc-like world with the bloodmarshes at the center. No one knows what lay there before, but now it is the place from whence all horrors grow. The blood of dozens of gods now fuels a near endless parade of evil creatures, led by thirteen bloodwraiths, each horrible and vile.

Humans have been unable to rebuild since the purge. Hamlets, thorpes, and villages dot the landscape, but towns are destroyed as quickly as they are planned. In order to stay alive, humans must keep to the fringes, and in small numbers. This means hastily made hovels, huts, and tents. Nomadic “squads” are common.

The bloodmarshes are hot, humid, and smell of death. No one can prove it, but it is believed they are spreading. From the bloodmarshes all of the captured lands radiate. The non-human races and monsters serve the bloodwraiths, who in turn serve their own selfish desires, fueled by the blood of the gods themselves.

Bloodwraith is a new way to approach world building. Not only does the setting have a unique take on the role of humans and non-humans, it also has built in adventure concepts that pull away from traditional models. Characters do not dungeon-crawl, but rather fight to keep their communities alive. Nearly all of the playable characters are human, which means things players are used to seeing in game worlds is not there.

I'm not looking for a new ruleset, but as far as setting goes, I'm all over this. Even if I don't take it and run it, but instead steal inspiration from it, it looks worth my while.