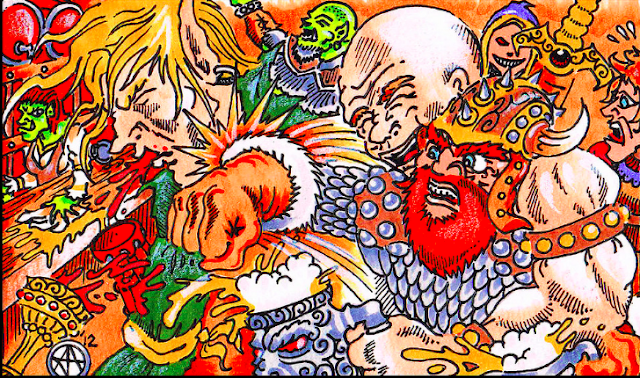 Ah, sweet irony. I call out someone, well, more accurately, it's being actively done by more than one person but anyhow - I call someone out for demanding their social media "friends" unfriend those they feel are sources of "wrong think" and I'm called a coward by a random individual on social media. Musta struck a nerve. Might need a root canal...

Remember when Bad / Wrong / Fun was all the rage? We had an element telling other gamers that they were doing it wrong. That their "fun" was wrong and bad. We have officially jumped that shark I think.


Wow. Yesterday's episode was well received. Lots of feedback, much direct, some by voicemail and comments on the blog side. I share and respond to some of the feedback.

Link to Episode 135 - https://anchor.fm/tavernchat/episodes/E135---Follow-up-to-Beware-the-OSR-Thought-Police-e2aanf
Posted by Tenkar at 11:04 AM