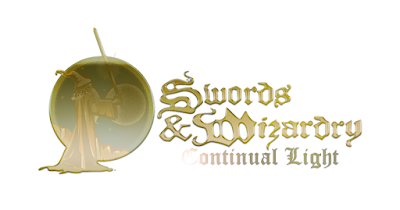 I've been in a creative glut the past two months or so. Lingering cold symptoms off and on during those two months hasn't helped much. What did help? Actually playing Swords & Wizardry Continual Light as a player yesterday. Its about time. Batteries Recharged!

Anyhow, the game plan right now is to put one of the following classes planned for Clan & Hammer (the work in progress Dwarven themed SWCL game) into releasable form in the next week or so:

Rune-Caster - dwarven runes and wards are their specialty
Brewmeister - while there are no dwarven clerics (by the book) in SWL / SWCL, there is still a need for community, healing and spirituality
Troubleshooter - it takes a thief to catch a thief
Axe-Thain - a warrior with a singular focus and high sense of honor
Teutatle - a religious warrior on a holy mission to protect the dwarven race
Skald - stories and songs of dwarven heroics are the bedrock that dwarven society is built upon

Figure they will be in a format similar to that of last year's Elementalist class. Which one(s) strike your fancy?

Now, some Torchlight news. Things have been on hold recently with some interesting events behind the scenes that will be revealed sooner than later. It doesn't mean we can't start releasing some teasers to highlight the type of content one might find within.

Torchlight Teaser #1 will be +James Spahn 's excellent article expanding upon Torchbearers. With a high enough Charisma your torchbearer may do more than simply hold your torch.

Torchlight Teaser #2 will be the above linked Elementalist class, slightly tweaked from the original.

Expect them to release as PWYW on RPGNow in the next few weeks
Posted by Tenkar at 9:51 AM