Wayward Kickstarter - City State of the Invincible Overlord - Maintaining Radio Silence in the Hope We All Go Away (Guess What Bob III? We Won't) 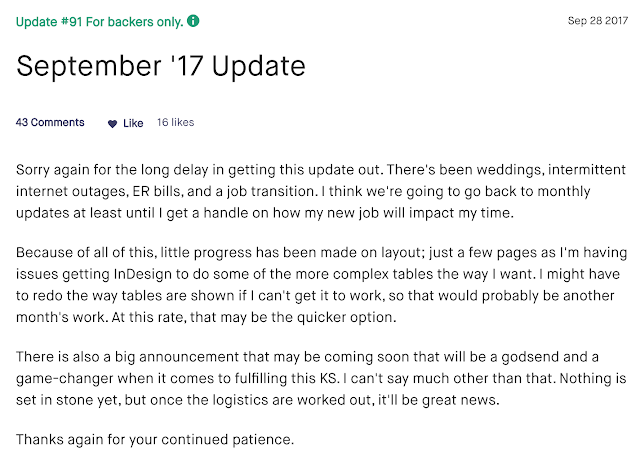 I had this big post written after reading the last 3 months of comments on the City State of the Invincible Overlord Kickstarter page. I was all piss and vinegar. I was channeling the backers. I'm a backer too.

I was angry and it showed. It wasn't pretty. Actually, its embarrassing.

Thankfully, some friends that got to peek early told me to step back and sit on it for a few hours, and I did. I reached out to a few folks, including Bob Bledsoe II. I asked questions.

I'm still pissed, but my focus is where it needs to be. Solidly on Bob Bledsoe III, the one who ran this horror of a Kickstarter. The one who has a Kickstarter with no funds left to complete.

Bob II is still putting money into the project, hoping it completes. Monies made from licensing Judges Guild IP are being put aside to complete this project.

In truth, it won't be enough.

Bob II isn't totally blameless - he put his trust in Bob III, and Bob III is doing his best to ruin the legacy that is Judges Guild.

My suggestion? Follow the lead of +Rob Conley . Release the PDF of the book and the maps to backers. Give the backers "at cost" codes to "Print on Demand" the book and the maps at RPGNow. Salvage what you can. Offer partial refunds as monies are raised by sales of the PDF and maps to non-backers and from 3rd party licensees of Judges Guild IP.

Oh, and forget about the Pathfinder version, at least for now. I'm sure the current document is written for the JG Universal System. Take what you can get and move on. 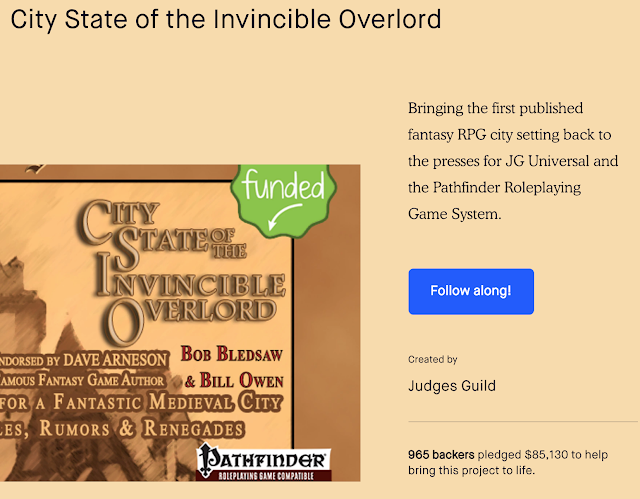