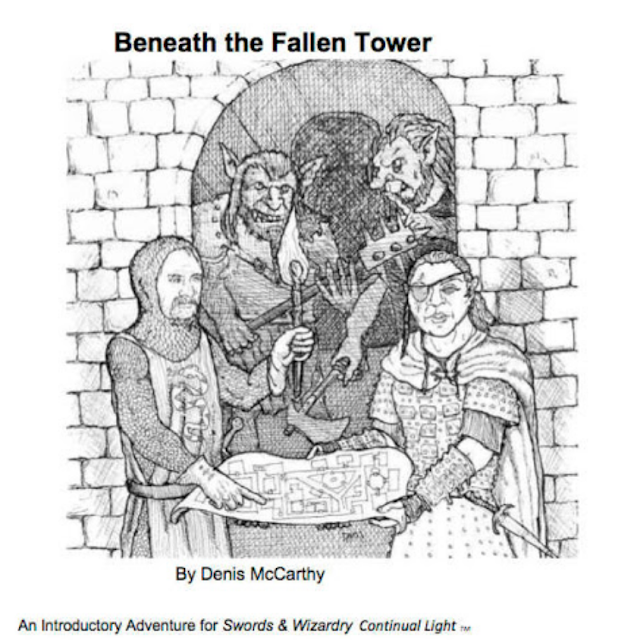 Although we achieved our goal in a single 3 hour session, we were treating it as convention play and were much more focused on the goal (not giving into distractions) than I suspect my weekly group would have been. Mu guess is there's about 2 sessions of play here for most groups as well as the nugget of a setting. It makes for a really nice package to kick a campaign off with.


Fifty years ago, a magician known as Melchior the Despoiler, rumored to be consorting with dark forces near the town of Southfork was investigated by a troop of militia and a priest... all of who returned from his tower as undead attempting to slay their own families. They were defeated, and after a petition for aid, the Duke lent the village his trebuchet and his men leveled the mage's tower. Shortly before this assault was mounted, Melchior’s apprentice Xander escaped with a few books, a wand and a magical blade.

Now that Xander has died. His apprentice, Aurelia, together with her henchmen, have returned to find the master's library. Unknown to them, goblins have been living in the ruins for 30 years...

There's an affiliate link above. Affiliate links keep the taps flowing and the lights on here at The Tavern. We thank you.
Posted by Tenkar at 9:51 PM