Ah, Far West. Still no closer to completion. How do we know that? Because Gareth isn't updating the Kickstarter page until there is "something concrete to deliver."

Next month will put the project in the SIX FUCKING YEARS LATE category. I don't think ANY Kickstarter creator has outright lied to their backers about the state of their project as much as Gareth has. Six years is a lot of time to lie.

Which actually makes sense as to why Gareth is maintaining radio silence. Pretty much every update he's made over the past six years has been full of misstatements, falsehoods and outright lies. In order not to make new lies he needs to keep his virtual lips from moving.

I still think if Gareth could have figured out a way to write Far West at 140 characters a clip we'd have a completed project already. Oh course, it would have to be scraped off Twitter, which is where our friend seems to spend all of his waking hours these days. 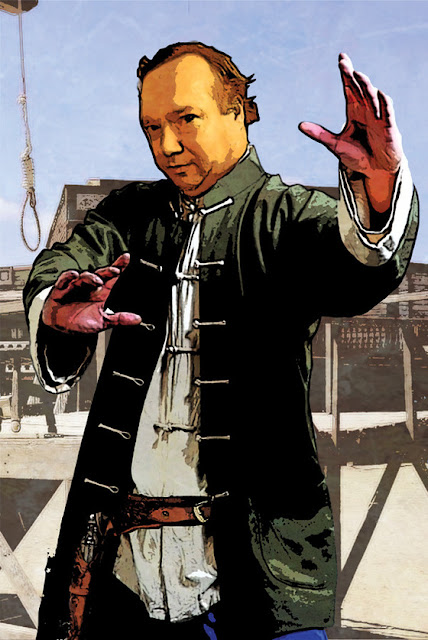 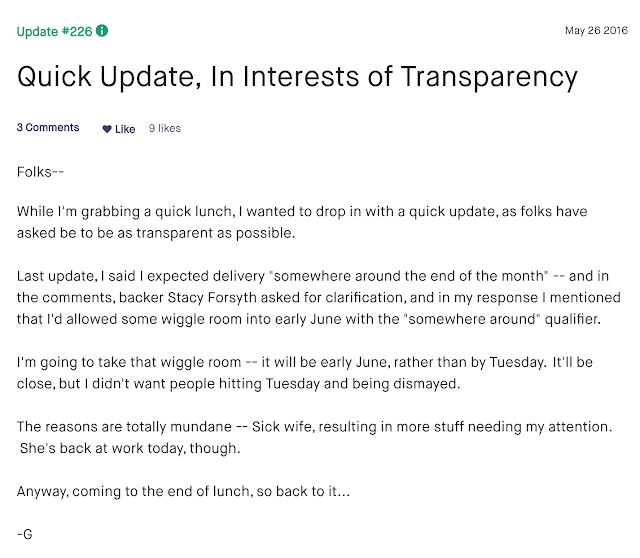