I really started picking over the carcass of the Gygax Memorial Fund nearly two years ago - November 25th, 2015 to be exact. What, too damning a description? Perhaps. But if it ain't dead yet, its certainly dying.

Halfway through November of 2017 and we STILL don't have the 2016 tax returns posted. Nor do we have the promised audit (the promise has since been deleted but I've shared the screenshot on previous posts)

Now, why would that be? If I were a betting man, I'd surmise that the promised audit revealed some issues that had to be corrected and / or brought up other interesting questions that have been posed at The Tavern already - such as why the funds - over $200k last we checked, haven't earned a penny of interest in the last seven years of tax returns. That much money sitting in ANY account would earn some sort of minimal return - monies that could offset office costs or fund that scholarship mentioned on the Fund's site. Not earning any sort of interest seems fiscally irresponsible when every penny counts.

Did I mention that the Fund's assets are heading in a negative direction?

What about the cash cow of selling "bricks?" What ever happened to that?

Now, Alex Gygax was added to the GMF Board in August of this year:

Or maybe he wasn't. Four months later and the listing of the board members hasn't changed. 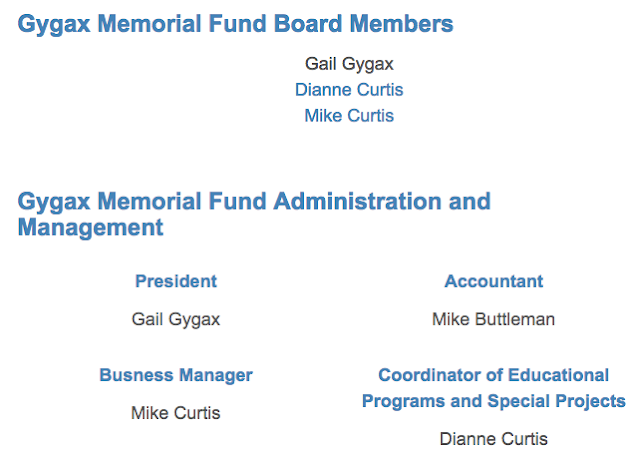 As for Coordinator of Educational Programs and Special Projects - Dianne Curtis - what has she done in this regard? Wonderful title but I can't find ANYTHING educational done by the Fund.

I guess Busness Manager (gotta love the typo that I never caught until now) is in charge of shipping shirts and pencils. Anyone buy them? Can you speak on the quality? 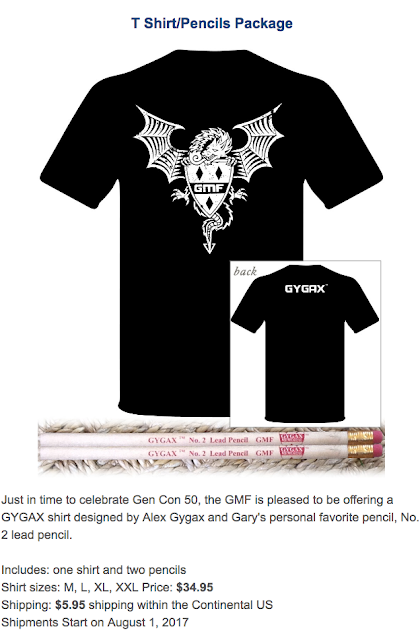 And what ever happened with this? 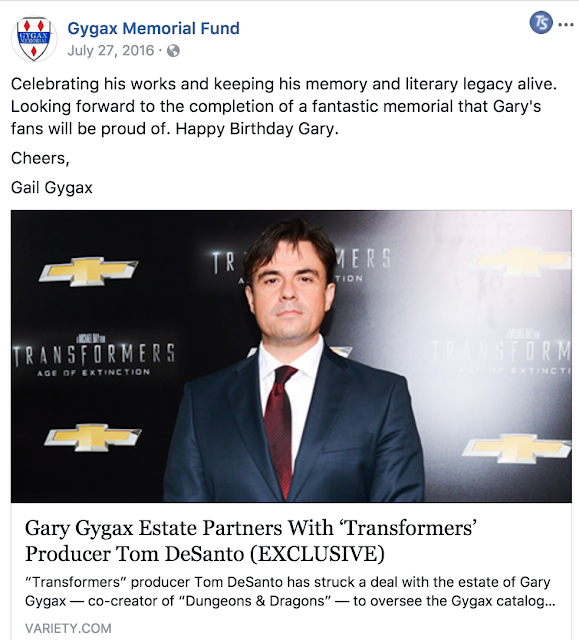 Sadly, the Fund and other related projects don't ever seem to move forward. Its almost like an extremely late unfulfilled Kickstarter - actual completion makes everything come due so best to just punt the ball time and time again and never actually get to the end.