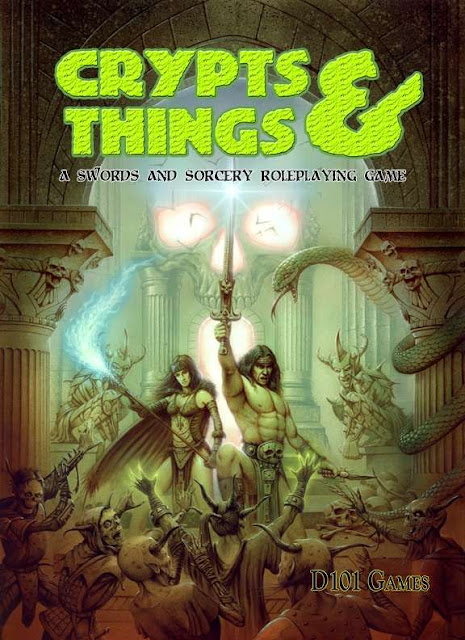 
Be a wild Barbarian, a deadly Fighter, a soul-torn Sorcerer or a sword sharp canny Thief, fighting evil tyrants and foul demons in a world rapidly dying and heading towards its final nemesis.

Crypts and Things (C&T) is a Swords and Sorcery Roleplaying game based upon the Old School Rules of the 70s/80s. It also draws upon the British fantasy games and game-books of that period to bring a distinctly dark and dangerous feel to the game.

It was originally released back in early 2012 and after a highly successful Kickstarter in 2015 it returns in a Remastered edition, with revised and expanded content and entirely new art by David M. Wright.

Email ThisBlogThis!Share to TwitterShare to FacebookShare to Pinterest
Labels: crypts and things, deal of the day, OSR, Swords and Wizardry