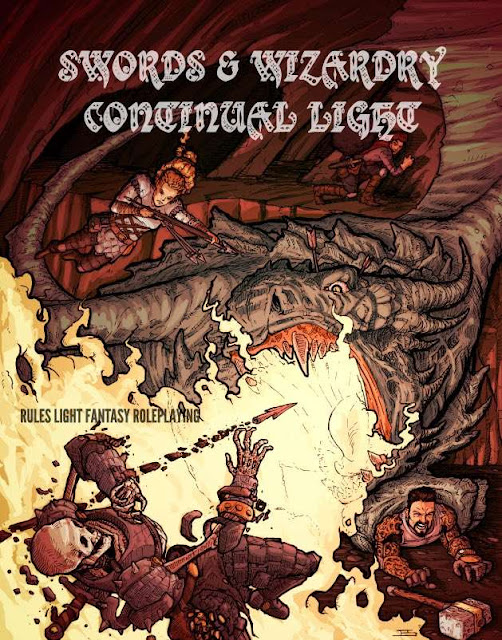 Can you believe it? Swords & Wizardry Continual Light released 4 weeks ago - almost to the minute.

It held the #1 Hottest Small Press at RPGNow for a good long stretch and even 4 weeks later, its stubbornly clinging at #6. Oh, and it made "Copper" at RPGNow.

Yesterday, the price for SWCL changed from PWYW to the suggested price of $2.50. This will allow it to gain further exposure during site wide sales and possibly even Deal of the Day promotions. Or at least, that is my hope ;)

In these past four weeks, over 800 copies of SWCL were grabbed on RPGNow / OBS in PDF and 115 print copies on Amazon (and a couple of dozen more physical copies found new owners at GameHole Con)

Yes, I'm happy with the reception it has received :)

Thanks to everyone who has supported Swords & Wizardry Continual Light. Let's keep shining ;)