Finding the True Trends of an Active Kickstarter via Kicktraq

You ever look at Kicktraq? It has interesting stats and projections about currently funding Kickstarter projects. Now, as I'm sure you've heard elsewhere, number can lie. That is not true. They can, however, mislead. Its all in the presentation.

Lets look at The Ultimate Apocalyptic Planet - 77 Worlds RPG James M Ward Kickstarter, because its a prime example of how numbers can mislead. 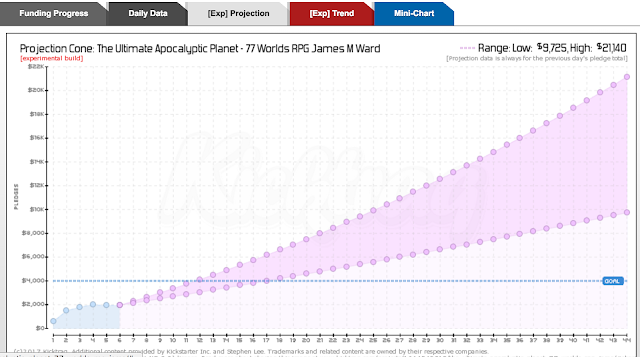 Looks pretty healthy, right? I mean, numbers don't lie and even the low end of the projection is well above funding.

Hey, what is that "Mini Chart" tab?

Wow. Now these are numbers that tell a story. Notice the little dip from Tuesday to Wednesday? That was the loss of a backer at 70 bucks and one gained the next day for 30 bucks. So, between Tuesday and Thursday, there is a net loss of 40 bucks. Doesn't look to be trending towards goal, let alone thousands more. 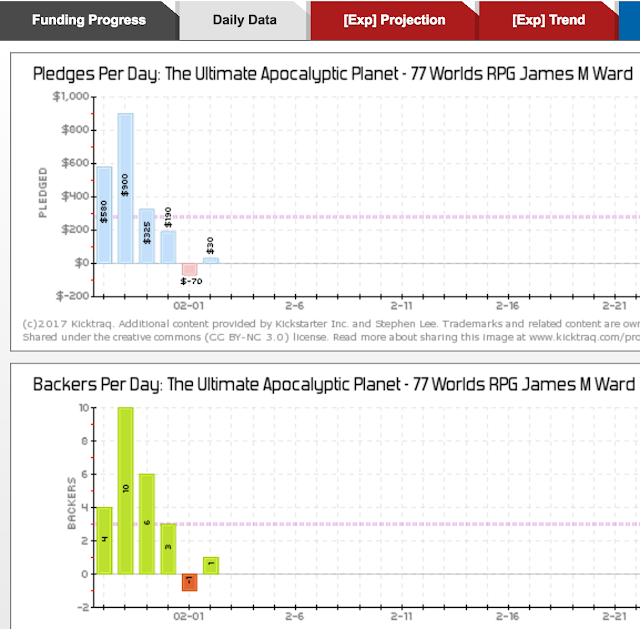 So, why is the first chart deceptive? Simple, its front heavy with the backing raised from the first two days. 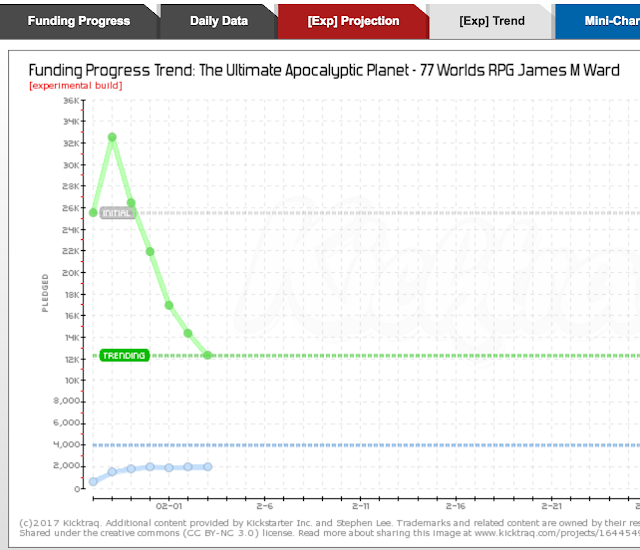 The trend is downward. Project creators like to show off the Cone Projection (first chart) and ignore the rest, but digging deeper is where the numbers start telling their true story.

I mention my issues with this project on a previous post. My suggestion? Cancel the project, spend a few weeks tightening the Kickstarter pitch (which is horrid) and relaunch after Valentines Day when money might free up for folks. But hey, what do I know? It might actually fund. If it does, it won't be by much (and will probably need a ghost backer or three to get there). There is no harm in admitting you need a better pitch, presentation and system explanation.