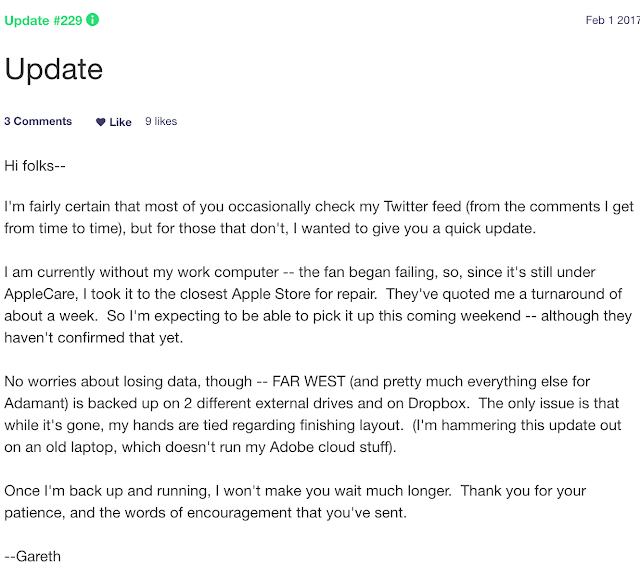 So, what's the first Far West update of 2017? Computer problems, so Gareth can't do layout.

Now, mind you, we were supposed to get a work in progress before the end of last year. We didn't. Official explanation? None. But there was some blaming of Attorney Generals.

I'd love to see the "words of encouragement" he's been sent. Must be via Twitter, because it hasn't been on Kickstarter.

I'm waiting for the excuse that the dog ate the project...