Last night's post kicked up some dust, so let's define some of the issues in question.

While "Fair Use" is a right (as per a US Federal Court ruing) what exactly IS Fair Use?


In its most general sense, a fair use is any copying of copyrighted material done for a limited and “transformative” purpose, such as to comment upon, criticize, or parody a copyrighted work. Such uses can be done without permission from the copyright owner. In other words, fair use is a defense against a claim of copyright infringement. If your use qualifies as a fair use, then it would not be considered an illegal infringement. - See more at: http://fairuse.stanford.edu/overview/fair-use/what-is-fair-use/#sthash.UPv2xScF.dpuf

So, what about Parody?


A parody is a work that ridicules another, usually well-known work, by imitating it in a comic way. Judges understand that, by its nature, parody demands some taking from the original work being parodied. Unlike other forms of fair use, a fairly extensive use of the original work is permitted in a parody in order to “conjure up” the original. - See more at: http://fairuse.stanford.edu/overview/fair-use/what-is-fair-use/#sthash.UPv2xScF.dpuf

I suppose we now need to look at the actual books in question from last night's post.

I fail to see the parody intended. It also does not appear to be "transformative", unless you count a total cover swap as transformative, but certainly not in the manner defined above.

Let's step beyond for a bit. Here's an ad for The Front: 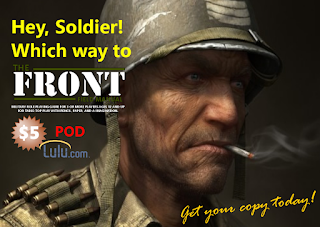 Looks awesome, right? I'd buy that.

Here's the source of the art: 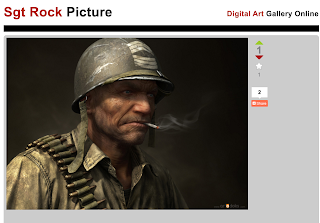 I wonder if Vadim Makarenko knows his artwork is being used?

So, what about this image from The Front itself? (page 18 for those following at home)

I found it here: 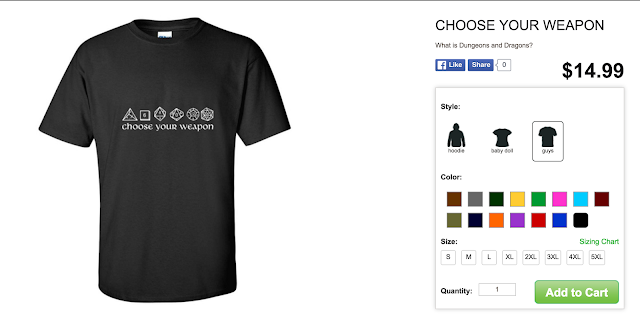 I also found it elsewhere on the net. It's a bit of a meme. That doesn't mean it's in the public domain.

Believe it or not, I get it. Small publishers doing it for the joy of the hobby and pennies of profits. It's not like folks are making notable amount of profit off of this. It's just a lark. Shit, it's simply a trade between friends. What's the harm? It's all in fun. No one takes this shit seriously, right? I mean, so long as it's a "hobby" it's got different rules.

Sadly, such attitudes will doom this hobby of ours. Artists, writers, publishers - they are all underpaid in this hobby and the world at large. Using the work of others without permission not only cuts into the monies the underpaid barely make, but it gives the hobby as a whole a black eye.

Certain smaller publishers seem to do it right by their artists all the time. +Venger Satanis sources amazing art for his work. Venger is not making a fortune doing what he loves but he's doing it right (even if we don't always agree)

The Tavern's banners are either donated or commissioned. While I'm not going to state what I paid for any of the individual banners, I've paid upwards of $1,300 in total for banner art to date. I've spent over $750 for stock art. I'm simply a blogger trying to do right by the artists and creators in this community of ours.

Doing things right is not only a good thing to do, but it's the only way for our hobby to succeed.
Posted by Tenkar at 8:21 AM