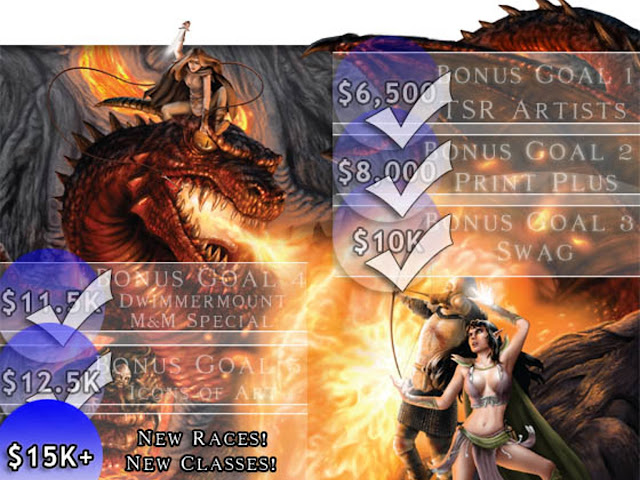 Myth & Magic Player's Guide - alas, we had so much hope. We saw pictures of books, and knew they existed, but now?

Now, Tom sent enough copies to silence the more vocal (and more visible) critics. Yes, even I got my copy, nearly 2 years ago. Sure, Tom posted my shipping info in the comments section and Kickstarter had to promptly remove the info upon my request, but I received my copy and it wasn't soaked in urine.

Still, here we are, 3 1/2 years after the project was supposed to ship, and Tom has gone all turtle on us. Folks are still waiting on their copies - years after all were supposedly shipped. Last update? A year ago tomorrow - February 4th, 2015. 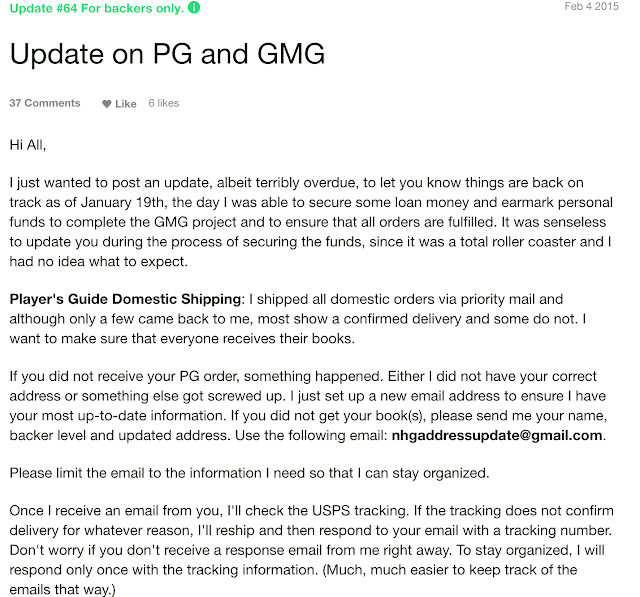 Apparently "back on track" means different things to Tom than the rest of us in the real world. Last update on the GM's Guide was July of 2015. I don't have access to that but I'd sure love to know the stroke job Tom gave in that update.

here's the rest of the update: 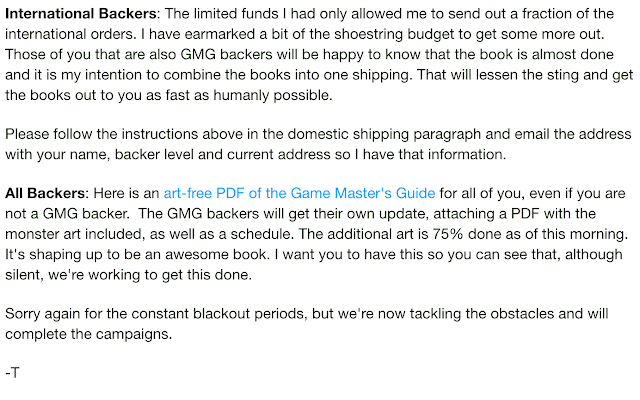 Safe to assume most international backers are still waiting on theirs. BTW, "constant blackout periods" does not do Tom justice.

We're at a new record of silence from Tom.

Actually -no. Not well done, but not unexpected. Another fine example of Kickstarter success resulting in a larger failure than one could have ever done on their own and the lies used to attempt to hide that fact. I empathize with Tom and the hole he has dug himself. Easier to come clean at this point and admit failure and move on. Josh did so with the Quantum RPG KS, and while it isn't a satisfying resolution for anyone it does allow for closure.